Showing posts from February, 2020
Show all

"I have no use for God / God has no use for me / When there's nothing to lose / Then you are finally free…" Good to know. Navigating the industrial dance punk spirit of Wax Trax!, a new Uniform single called "Awakening" surfaced as part of Adult Swim Singles . For Uniform, the level of ire is familiar if not stylistically necessary at this point, though "Awakening" is a tad easier on the ears than what I'm used to. The recent acquisition of drummer Mike Sharp is immediately noticeable, a sturdy snare beat breaking through an array of electrified racket and droning guitar sounds while vocalist Michael Berdan waxes frantic about complacency, which is a worthy target. It's a solid four+ minutes.  Uniform's 2017 release Wake In Fright  was reviewed for No Ripcord . All info, including tour dates, comes courtesy of Rarely Unable. Awakening by Uniform UNIFORM RELEASE A NEW TRACK " AWAKENING " AS PART OF ADULT SWIM SINGLES;
Post a Comment
Read more 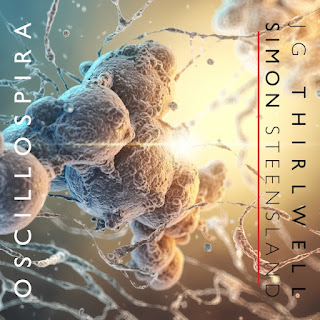 As one looks for comparisons when attempting to explain a musical arrangement as gratifying and cinematic as "Heron" by JG Thirlwell and Simon Steensland , I immediately went to Mahavishnu Orchestra and Magma and Kōenjikyakkei and Alain Goraguer . The vocal passages are lovely and the composition itself wasn't what I expected from the guy from Foetus . Granted the mood conveyance of "Heron" isn't particularly uplifting, but the overall tone shifts greatly from some of those early Foetus tracks, (thought the immense, ensemble feel is intact), and benefits from lush melodies and moments of respite.  That said, "Heron" is the first peek at a new album from the Thirlwell/Steensland combo called Oscillospira. As an early intro to this album, I am looking forward to this one. It's out via Ipecac — a true mark of quality — on 4/24.  All info on the release has been provided by Rarely Unable. JG THIRLWELL & SIMON STEENSLAND ANNOUNC
Post a Comment
Read more
More posts