Showing posts from December, 2006
Show all 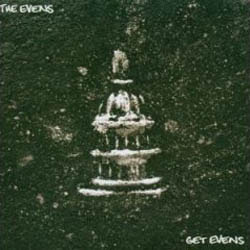 The Evens Get Evens Dischord Released 11.7.06 Rating: 4 out of 4 Fugazi is one of those bands that I’m thankful to have heard as a teenager. As I type this, I can remember that first piercing riff spill out of my skater buddy’s boombox within seconds after throwing in In On The Kill Taker , the Fugazi tape that I had purchased earlier that day, and exclaiming “YES!” once that tape’s promise had been delivered. I still have that tape. It takes up a small space in my CD tower, living its existence as an enlightening memento of my youth. The second I’d heard “Around the Corner,” the second track on The Evens self-titled debut, I knew Ian MacKaye ’s post-Fugazi career would be worth paying attention to. No longer loud, but no less affecting, MacKaye and ex- Warmer Amy Farina are either this millennium’s answer to the protest band or a slightly rugged return to hippy folk. It’s hard to imagine that MacKaye was once in a band that belted out a quote so memorable as, “The
2 comments
Read more

- December 28, 2006
To my fellow Tapeheads, So, 2006 is coming to a close. I managed to pick up a lot of great records this year, though I unfortunately did not get to review them all. What can I say? I got married, went to Europe and turned 30 in the space of two months. Add on holiday shopping and you have one very exhausted, self-appointed music critic. But, because of that, I'm currently working on my final reviews for 2006 (I think I'm going to try and get two done) and an end-of-the-year rundown of everything I picked up. I want to make sure that whatever I didn't get to write about in my usual over-blown observations gets a little ink. I'm going to annotate any non-reviewed entry with a little blurb and a rating. It's quite an undertaking, but it should be an informative read. I'm not really sure what 2007 has in store as far as new tunes. I do know that the mighty Queens of the Stone Age will be committing themselves to wax some time this year. I also heard
Post a Comment
Read more
More posts