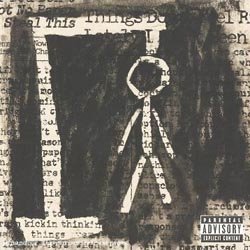 Anonymous said…
Ouch-sounds like the album is good overall, but also like it's all over the place; each and every track has an almost different feel to it that you could make a whole album around.

Did you get any sense of continuity through the album at all? Any common themes? At first it sounds like it could be political, then it kind of goes bubblegummy, then it's complicated, then it's a departure entirely from their usual style. Sounds interesting though!
9/18/2006 11:26 AM

Anonymous said…
Nah man - their sound is common now. They lost any flavor they had and are now mainstream. Boring.