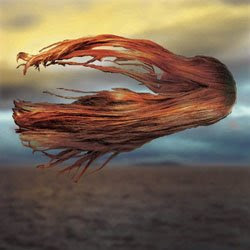 I must be depressed, because I really like this.

Typically, someone like James Diotte, also known as Between The Pine, would be subject to my folk music magnifying glass.

A couple days ago, I was having a conversation with a friend regarding folk music. She’s a fan, I’m usually not too receptive; reason being, folk music takes no prisoners. You don’t get more naked than folk music, even with a band behind you, and with the whole genre basically following only three or four shining stars, it’s seems very prone to monotony. Facsimiles of Elliot Smith, Nick Drake, Damien Rice and Sam Beam are everywhere it seems, flooding the video hits market, making the chicks swoon…distinctive folk acts are hard to come by. Basically: If you live by the acoustic, if your drawers are filled with flannel shirts and your guitar looks beat-up to symbolize your world-weary poetry, you better be fucking good, because we’re running out of “roads to nowhere” for you to sing about.

Well, James Diotte, or Mr. The Pine, is very good.

Friends, Foes, Kith And Kin, Between The Pine’s second release, is a highly emotional and gorgeously structured piece of experimental folk brilliance that isn’t so much distinctive as it is well-written and well-sequenced. More than just a mere arrangement of acoustic strings, Diotte prudently infuses an eclectic mix of other genres, tying in an assorted array of bits and pieces to his overall mood. The album never gets dull, but it stays beautiful. You can get lost in it.

Diotte does stray into Elliot Smith territory, his melodious whisper an overall element. He manages though to avoid direct and easy association, experimenting with instrumental interludes and allowing his music to speak louder. The song “Coca Cola” will never leave your head, its light flute and haunting instrumentation a pure draw. Slicing the title track in half, Diotte establishes banjo-propelled melancholy, only to bring the mix up with heightened mood and percussion.

“People We Were Before,” “Cut the Crap,” and “My Voice Is A Splinter,” (a duet with his wife), are mostly atmospheric folk jams utilizing slide guitars or accordions, relying on more than just guitar strings to carry them. “I Know You Can Hear Us” is the album’s rocker, but not so bold it feels out of place, while “Enjoy Yourself” and “We Should Not Be Allowed,” experiment with acoustic-trance rhythms and synth pop indie constructs. “The Wall And The Moon” closes out the album with a waltz, an almost fairytale-like majesty about it. The music fades and leaves an interlude to close it out.