THIS is supposed to be the year. 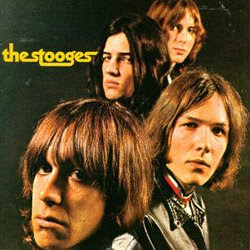 After playing a rendition of “Burning Up” in honor of Madonna last year as she was inducted into the Rock N’ Roll Hall Of Fame, it was decided that THIS was the year The Stooges would finally be given their shot at immortality, long overdue recognition for three (The Stooges, Fun House and Raw Power) of the greatest albums ever recorded.

Unfortunately, Stooges guitarist Ron Asheton, brother to Stooges drummer Scott, won’t be there to share in the spotlight. Asheton was found dead today at the age of 60, having possibly suffered a heart attack.

The Stooges perform “TV Eye” at the Cincinnati Pop Festival in 1970
With words, I find myself unable to perfectly capture my headspace every time I hear the opening riff of “I Wanna Be Your Dog” or the midway six-stringed assault of “TV Eye:” those perfect moments in perfect albums, rugged electricity spewing out of Ron Asheton’s fingertips with timeless ‘tude and energy. Those first two Stooges albums hold Ron’s greatest contributions to American rock n’ roll, permanently fixed performances that will forever cling to the frontal lobe of anyone whose lives have been altered by their brilliance. 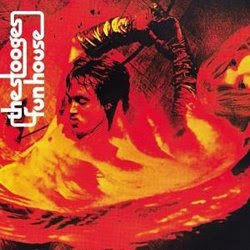 As much as Iggy Pop’s persona crafted the mood and often misunderstood genius of The Stooges, the brothers Asheton delivered the edge, a raw and unsettlingly repetitive mixture of 50s “rock-around-the-clock” and a then-new degree of garage intensity. It offended people, alienated audiences and is NOW understood to be the music that changed shit. Punk rock? Not without The Velvet Underground, not without The MC5 and, most certainly, not without The Stooges.

When the reformed Stooges began touring a couple years ago, Mike Watt taking up the bass and Ron Asheton reassuming his role as prominent axe man, (James Williamson had replaced Asheton on guitar for 1973’s Raw Power), I didn’t get to see them. Unfortunate for me.

The Stooges perform “Dirt” at the Palace Theatre, NYC in 2007
It’s a shame you couldn’t hang in there, Ron. Rest in peace and know that you’ll get your due. A lot of people will forever love and appreciate what you’ve accomplished. I’m definitely one of them.