Shopping For Records #14: Revolution 09.09.09 Remastered, or How I Justify Putting My Family In The Poorhouse… 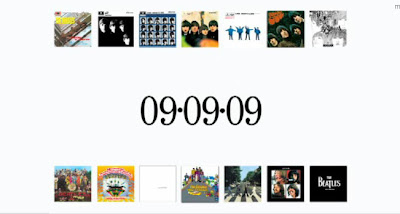 For Rock Band enthusiasts, 09.09.09 carries different weight. The Beatles’ catalogue, the single most celebrated and cherished discography in pop music, (no matter what you think), will be available to butcher with fake instruments on that day.

The rest of us can celebrate 09.09.09 because said catalogue is being digitally re-mastered, repackaged and re-released into two different collections: A stereo set with mini-documentaries and a “mono” set of the Beatles’ albums that had initially been mixed as such.

As the write-up can explain everything probably better than I can, click here for more information. 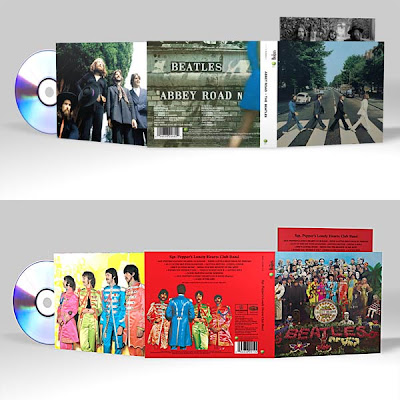 So, this will replace your 1987 CD mixes. I can only assume that Capitol, who’s already squeezed every drop of blood out of Radiohead’s past catalogue this year, will be benefiting from the update.

It’s interesting to see how extravagant the reissued CD package has grown, fear of the impending move for a digital file-only marketplace demanding high-quality for tangible media and music news outlets like Pitchfork foretelling of the CD’s imminent demise every chance they get.

And yet, in spite of CDs having left a trail of cracked, broken and obsolete audio cassettes in its wake, and having almost exhausted the demand for LPs only twenty years ago, vinyl’s still selling. In the end, it will be analog purists vs. digital downloaders. Steve Albini really wasn’t far off:

“The future belongs to the analog loyalists. Fuck digital.”

But, before the CD goes the way of the 8-Track, at least The Beatles will get a chance to shine. This will hopefully be the last time you’ll ever have to buy this catalogue again.

Sincerely,
Letters From A Tapehead
60s george martin legends paul mccartney perfect records reissue shopping for records steve albini the beatles to whom it may interest