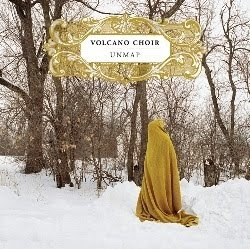 Unmap would’ve been a better EP.

When first I’d laid ear to its first single, “Island, IS,” the Justin Vernon/ Collections of Colonies of Bees side-collective known as Volcano Choir sounded like an amorphous fount of ideas, a swarm of layered guitar strings and harmony that just… works. The song is a constant stream of experimental nuance and folky falsetto, gorgeous textures that build and build. It seemed a natural progression for Vernon particularly, his Bon Iver alter ego offered a not too grand departure from his signature tone, but an opportunity to expand on his abilities.

Naturally, I had high hopes for Unmap and it’s possible that my unmet expectations may generate an overt degree of bias. But, whether that’s true or not, Volcano Choir’s opus drowns its high marks with arbitrarily sequenced outtakes and it’s a bitch because this album contains one of the best singles I’ve heard this year.

For anything dubbed “experimental,” there’s an automatic allowance of creative leeway, specifically because the term denotes free reign and sometimes leads to moments of genius. With “Husks and Shells,” the ethereally naturist tone is enchanting, and the album begins with not one note out of place. With more of a rock approach and a snare beat driving its speed, “Seeplymouth” continues the album’s heavenly tone and leads directly into the more refined energy of “Island, IS.”

“Mbira in the Morass,” tinkering a bit with Tom Waits, slows the rhythm up to an eerie crawl before the underdeveloped “Cool Knowledge” pairs breathing exercises with simple percussion. Out of any snippet-length instances of filler in Unmap, “Cool Knowledge” does the most with a minute, six seconds. Otherwise, the swollen ambience of “Dote” and the clapped/yelped “And Gather” both seem like unnecessary and unfinished add-ons.

Most off-putting was the decision to include the Bon Iver track, “Woods,” (from this year’s Blood Bank EP), and repackage it as “Still,” expanding on what had once been purely vocal by making it fit into the album’s “heavenly” mold.

As the song undeniably benefits from instrumentation, (especially at the level these guys provide), it also seems like the group just ran out of ideas. And, while I realize that a lot of this material was written before Vernon gained notice with Bon Iver, recycled tracks still sound recycled. “Woods” or “Still,” (whichever came first), now seems like the “go to” for thickening an album.

Ending with the “Amazing Grace”-styled “Youlagy,” Volcano Choir’s debut generates mixed feelings. There are aspects to it that feel genuine to the album and other points that feel half-assed, song attempts that barely rate next to something like “Island, IS” or “Husks and Shells.” As one perception seems to state “strength in numbers,” for Volcano Choir it becomes a matter of “quality over quantity.” A minor trim and you’d have one of the best releases to come out this year. At the very least, they still wrote one 2009’s best songs.