The Haunted House of Funerary Circumstance on Wax… 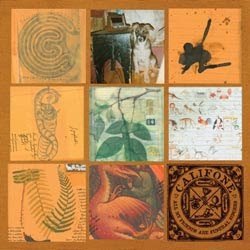 Califone
All My Friends Are Funeral Singers
Dead Oceans
Released: 10.6.09

All My Friends Are Funeral Singers will be a movie.

Before I knew that, the album version already had a narrative feel, conceptual chapters that attempt to convey something of a story. And though I’m not completely aware of what it says, Califone’s ponderous and acoustic album sounds as natural as elapsed time or budding flora, organic head-growth conveyed through risk and sensitivity.

With “Giving Away The Bride,” All My Friends Are Funeral Singers leads in with a somewhat long and looped stride that sporadically erupts into fuzz and odd instrumental moans. Califone’s experimental heart is more apparent here, the rest of the album bestowing hollow-bodied strums and blues-based sing-a-longs that take unconventional jaunts into some other headspace, maybe ghostly ideas translated into something unconfined by category.

A romantic notion? It’s possible that my expectations were so blown that objectivity is failing me, but the album’s presence, especially through the haunting licks of “1928” and the midway sectionals of “Buñnel,” convinced me that Califone is beyond such objectivity. Is it possible that feeling, or spirituality can surpass the judgment of someone moved by art, or overwhelmed by art’s embrace?

And, while typing this up, listening to the album for its umpteenth playback, I realize that my overabundance of praise within so short a number of paragraphs won’t help the album or the band, expectations now through the roof to anyone that gives this article the time of day. Though this isn’t the first album that’s ever impressed me enough to dispel the usual yardstick by which I measure music, I can’t pretend to bother with such criteria. Listen to “Funeral Singers:” Just a couple guitars and some singing, an occasional airing of strange dialogue. What makes this better than other songs of its ilk? There are literally thousands of songs that attempt depth with the same tools that don’t come close.

All My Friends Are Funeral Singers Trailer from Califone on Vimeo.

Questioning, though, diminishes its quality. All My Friends Are Funeral Singers happens to be one of those perfect little examples of doing things “right” and maintaining a heightened spirituality that never devolves into a so-called religious experience. Everything feels personal and intimate, the album’s deities exemplified through the enlivened pace of “Ape-Like,” or the slow-dance steadiness of “Evidence;” the gentle string play of “Alice Marble Gray,” or jubilant motion of “Salt.” “Krill” laments like a modern-day Midnight Cowboy, “Better Angels” morphs into a near-cacophonous array of experimental noise, steel drum and amp’d guitar.

Though I’m sure its filmic counterpart will be more fluid in its story, All My Friends Are Funeral Singers says enough by itself. Califone’s latest is an emotional combo that never feels trite, cliché or forced. It never suffers the rampant pitfalls of so many other folk-ish performers, coming off as played prosaic Earth-torn bullshit that wallows and bemoans its good fortune to play music and live through its art. Instead, Califone conceptualize and incorporate an expansive musical dialect into their idea, refusing to settle for literal storytelling or allowing that idea to be the heart of the album. It’s not often you encounter a band so perfectly expressive, or an album this happy to be alive.