Wax Trax! Records co-founder Dannie Flesher has died at the age of 58 due to complications from AIDS-related pneumonia. Writer, Greg Kot, from the Chicago Tribune posted Flesher's eulogy.

Wax Trax! was the label that brought KMFDM, Ministry and My Life With The Thrill Kill Kult, (to name a few), to prominence during the 80s and early 90s respectively, specializing in and refining the genre that came to be known as industrial music. Metal with machines, basically. The label was sold to TVT Records after it went bankrupt in 1992. TVT then kept the Wax Trax! name in print for a couple more years. The Wax Trax record store in Denver, Colorado that spawned the Chicago branch and subsequent label is still alive and well. 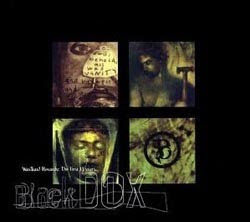 In 1994, Wax Trax! put out Black Box: Wax Trax! Records, The First 13 Years, which was an all-encompassing 3 CD retrospective of the label’s artists. It might’ve been the first box set I ever really acknowledged in terms of packaging and aesthetics. It was also a little too pricey for me back then as I was high school student living off a grocery clerk’s salary. It’s out of print, but copies are still circulating for reasonable prices.

I was never an avid appreciator of Wax Trax! when I was younger, but knowledgeable enough that I got a little nostalgic. Finding the video KMFDM’s “A Drug Against War” generated some pleasant remembrances of way back when.

Unknown said…
I have the limited edition version of this box set...the one that came in the metal box and everything.