Fall Be Kind: The EP That Was Too Late to be Better than the LP… 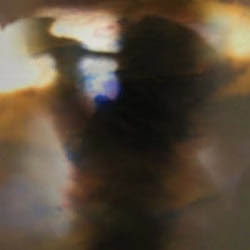 A couple months after it was released, I’d said some kind words regarding Animal Collective’s Merriweather Post Pavilion, as I admit to having been somewhat caught up in the album’s hoopla. Premature speculations of its year end domination had already been fired off a week after the album released, (in January), and those claims brought the album a lot of attention, carrying its rep the entire twelve month stretch before the end of year lists began to materialize. Even with all the other albums released over 2009, in the estimations of many, Merriweather Post Pavilion was the album of the year.

MPP is a good album and I certainly won’t withdraw any praise I threw its way. But, as 2009 dragged on, I heard better albums and have since become less convinced of its worth. Realizing that the consortium of music authors that blew their wad all over Animal Collective’s LP had spent too much time under its spell, it only makes sense that they wouldn’t waver in the face of better albums and that MPP’s placement at the top of the heap would be the predictable outcome.

As I type this, listening to MPP for its umpteenth rotation since I bought it a little less than a year ago, I want to be listening to something else. The thing about MPP is that it’s good a few times, but after a while, you start picking it apart, looking at it more critically, realizing that only SOME of this album really holds up replay after replay. For me, no song on this album exceeds “Daily Routine.” It’s really the only track I go out of my way to hear, “Taste” being a close second. Otherwise, its carnival bounce and over-exuberant harmonies become somewhat of a device that begs endurance as opposed to enjoyment. It’s still a good album, but next to Fall Be Kind, it doesn’t seem the heralded gem everyone thought it to be.

Before their year on top was up, Animal Collective released the Fall Be Kind EP, five songs that emulate MPP’s quirky design while seeming more like a yacht rock counterpart. That’s not to say that Fall Be Kind is up for soft rock rotation, but it does demonstrate a lightness that MPP lacked.

Spontaneity and joviality ran rampant in MPP, producing jam-worthy experimentalism that everyone could get behind. It was an esoteric album pleasant enough to be appreciated by more than the select contingent of Animal Collective fans blessed with the ears and understanding needed to “get it.” Fall Be Kind doesn’t abandon Animal Collective’s newfound accessibility, or those fans in “the know,” but it does strengthen the more distinguished aspects of their sound, being less wrapped in gimmick and more defined as a style of music. Even “Graze” with its swirling symphonic backdrop and abundance of vocal doesn’t collapse once the gratuitous whistle march commences, though it is this type of silliness that seemed to drive MPP. Fall Be Kind, by contrast, benefits from less polish. “What Would I Want? Sky” exemplifies their characteristic propulsion sans the over abundant gleam of MPP. The initial rhythmic flow and harmonic vocal collect and swell into a weightless mass before the song twists itself into a rather beautiful and somewhat straightforward piece of music. Interestingly, Grateful Dead’s “Unbroken Chain” is sampled for the song.

“Bleed” and “On A Highway” both sort of wallow similarly, taking introspective standpoints and deviating slightly from the Collective’s propensity for pep and sentimentality. There’s something slightly Hallmark about an observation like “I’m getting lost in your curls” (MPP’s “Bluish”), and even something so mundane as “On a highway/Take a mental picture…” seems like more of an artistic actualization, relatable in a sense and less maudlin.

The tin can and clap-your-hands “I Think I Can” is the EP’s most inventive and minimalist moment, its echoed reliance on found sound and harmony almost writing itself as it goes on. With the comparative lack of electronic intervention involved, to me, Animal Collective legitimize themselves more in the face of their aforementioned accessibility with this sort of invention.

Though what may seem iconoclastic drivel meant to discredit Animal Collective’s celebrated opus, my comparative ranting is only meant to weigh in on an album too late to be considered for 2009 and ask the question: Does MPP still matter? No matter the opinion, 2009 still belonged to Animal Collective. Is just seems that fewer questions would’ve surfaced if they’d left well enough alone and not come up with something that may or may not be a better album.