It’s difficult to be objective about an album like this.

Understand that, as I go through my 9 to 5, the variety of sounds that I hear on any given day while immersed in my occupation typically works in my favor, entertaining me enough that my daily tasks don’t seem overwhelming, painstaking, or even boring. This is also when I get to listen to the majority of the music I write about, so I’ve grown accustomed to certain genres, a lot of which fall into the “ambient metal” category that this new split LP from noise generators Nekrasov and Aderlating exemplifies. 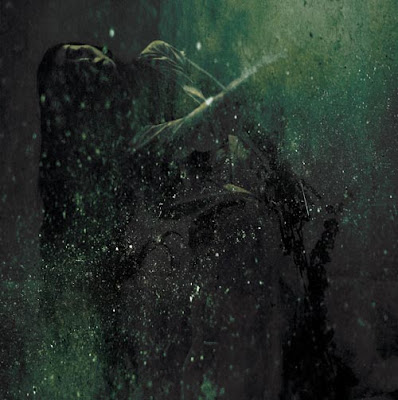 I view these ambient metal bands/composers the same way I view trance/ambient DJs and producers, similarly creating instrumental soundscapes or sonic whirlpools that swallow ones consciousness and relies heavily on studio technique and electronics. Think Brian Eno as hell spawn, or even a possessed Get Up With It era Miles Davis, (the bleak “He Loved Him Madly” works with an ambient type of meditative drone). This music draws from a headspace and attempts to create a world that envelopes you. What else can you do with swelling blankets of sonic gloom, or the distant screams of demonic agony? For the listener, this music can only be appreciated for the feelings it brings to the surface. So, while my headphones pipe the hellacious offerings of Nekrasov and Aderlating into my head, I don’t want to say theirs is the most intense album of this sort I’ve heard, but this is some sick shit. 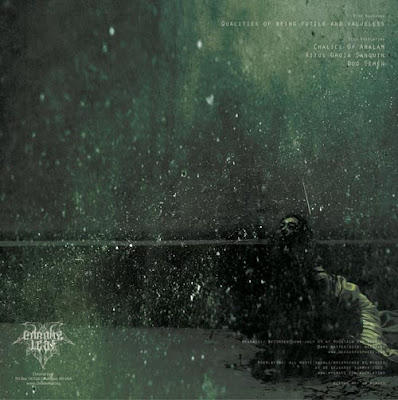 Releasing on February 9th from Chrome Leaf Records, the Nekrasov/Aderlating split is terror on wax. Nekrasov’s sole track, a twenty-four minute demon storm called, “Qualities of Being Futile and Valueless,” makes you feel futile and valueless. The things that you most expect to make you feel vulnerable and possibly frightened, don’t. Truly, the fear is in its isolation. The sounds are so vast and expansive that you really do feel insignificant in their grasp, as if there’s nowhere to run and no shelter in sight. Naturally the noise builds and builds, but it takes its time. Whatever hell awaits, it’s a slow dissent or a scenic route to rock bottom.

Aderlating, otherwise known as Mories from Gnaw Their Tongues, is less subtle. “Chalic of Abalam” sounds like a crowd of wet mouths whispering into your ears as you stand knee deep in sewer water. The stormy “Ritus Orgia Sanqin” is no less intense, but the only real music of the LP finds itself buried underneath miles of obscuring static in “Dog Semen.” Your ears can find cymbals being unrelentingly smashed and screams attempting lyrical conveyance, but failing and dissolving into its dubbed over and over distortion. 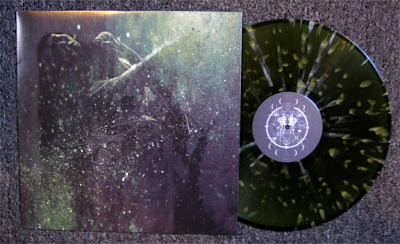 Puzzling, though, is that I don’t necessarily like the album, but I want a copy. Call it novelty, call it morbid fascination, something this intense is worth owning, especially since copies are limited. Only 300 are available, green vinyl with silver wax droplets, so the package itself in enticing, too.