What I Heard This Morning: The Besnard Lakes

- January 19, 2010
As I mentioned last December, The Besnard Lakes are releasing a new album, The Besnard Lakes Are The Roaring Night, in early March. On February 8, a 12” single for the song, "Albatross," will be released and, if you haven’t heard this track yet, check it out. It’s not often that I would apply a word like "powerful" to a song, just because it’s such a cliché and not the most thought-out descriptor, but "Albatross" is powerful. The dragging bass line and heavy percussion coupled with that angelic vocal is captivating to say the least. It’s definitely one of the best singles I’ve heard so far this year. 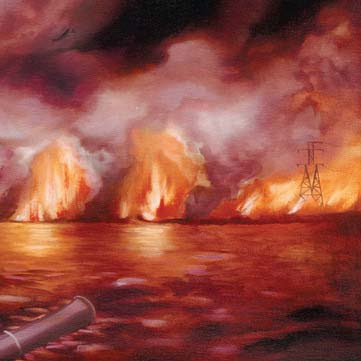 Sincerely,
Letters From A Tapehead
indie psychedelic rock upcoming releases what i heard this morning