So far, AFCGT's self-titled 12" is my favorite album of the year. 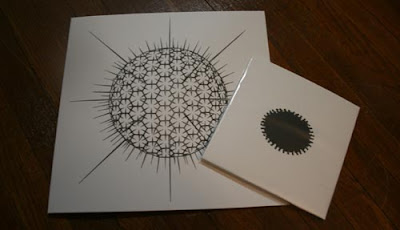 For Valentine's Day, my wife treated me to a day at the record store. Lately, as we've all been tightening our belts and doing all we can to deal with the dismal economy, record shopping hasn't been that common an occurrence. When you get a rare opportunity you want to make it count, so I was overwhelmed at the store and I was very focused on stretching my dollars as much as I could. 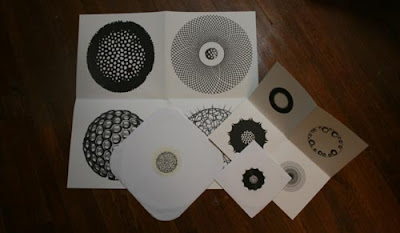 But, I saw AFCGT's album on the shelf. Granted, it would've been cool to get something new that I hadn't heard yet, but the only instance of certainty I experienced at the store was when I decided to pick this album up. So, it was meant to be.

You have to love creation when it combines "simplistic" with "dynamic." The music itself has an air of DIY-no wave nostalgia that the packaging enhances with its textured and crudely printed stock which is folded as opposed to glued. The accompanying 7" is packaged the same way, only in a smaller sleeve. Both slabs are white vinyl, stamped with the same one-color geometric shapes featured on the sleeves. It's a great set and, if you haven't heard it, a killer album. 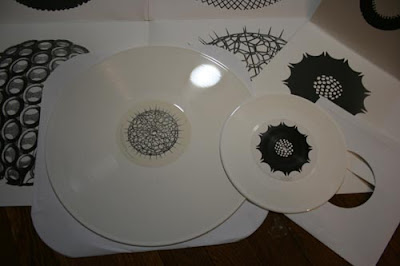 So, I wasn't necessarily sold on Nekrasov and Aderlating's split LP in terms of enjoyment, but I was sold on its darkness and its limited run. Chrome Leaf only put out 300 of these, pricing them at an inexpensive $13 apiece. It's unusual for me to invest in what some may term "novelty," but there is something to be said for owning an album with little general appeal, as it becomes somewhat of a rockstar in the library. 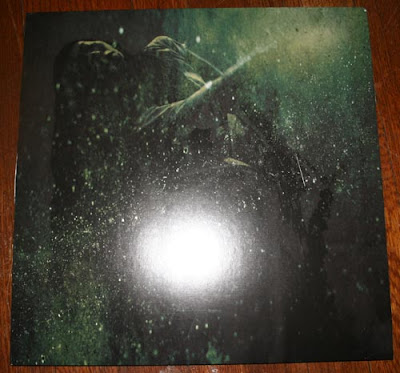 "Do you want to hear something really scary?"

In the meantime, from a visual standpoint, the cover art, (by Aderlating, a.k.a. Mories), is as haunting as the album sounds. The vinyl, which is translucent black with silver and green wax, is versatile enough to photograph differently with or without a flash. 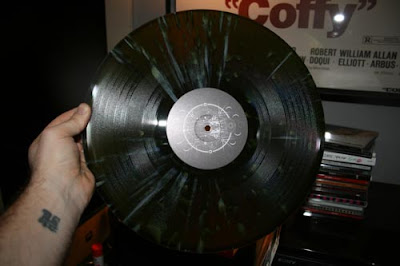 Back lit with a flash 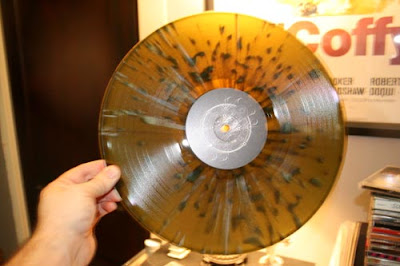