- April 28, 2010
Wu-Tang Clan is into sequels now that Raekwon regained some of his '94/'95 flavor by adding a part II to his masterwork, Only Built 4 Cuban Linx.... As confirmed by The RZA's most recent Twitter update, as I refuse to say "TWEET," a sequel to GZA/Genius' amazing Liquid Swords album is in the works. 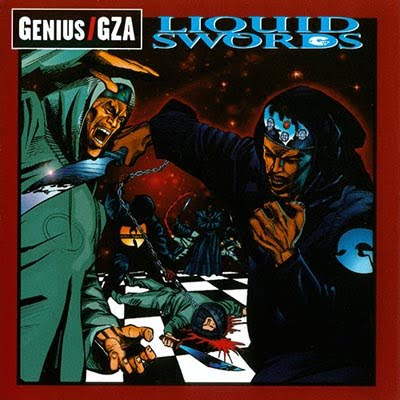 Hearing this, I wound up throwing on Liquid Swords and thought back to a time when Wu were unstoppable, hip-hop still had a point and Method Man didn't make me cringe.

Whatever the outcome of GZA's new album, it's doubtful they'll come up with anything as close to the perfection that is "4th Chamber."

Sincerely,
Letters From A Tapehead
90s hip hop perfect records rza to whom it may interest