- May 03, 2010
It's possible that I've been riding Southern Lord's jock a little too fanatically, but 2010's been a good year for the label. Goatsnake's Flower Of Disease, for instance, has finally been reissued after being out of circulation for 8 or 9 years and it sounds great. 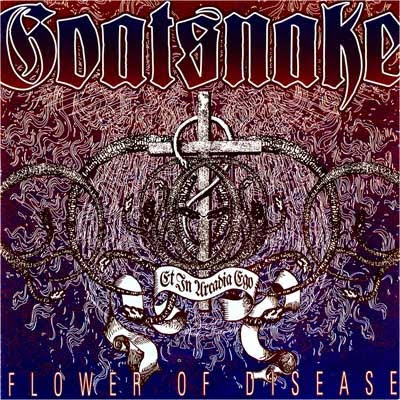 The third official release from the almighty GOATSNAKE, this slick, thunderous eight-song slab of doom was initially released in 2000 on the now defunct Man's Ruin label, with Southern Lord handling the vinyl release. After lying dormant without an official pressing of the album in over eight years, the 'Lord now officially brings the album back to the masses on both CD and LP formats.

Recorded at Hollywood's Grand Master Studios, and engineered by Nick Raskulinecz (Danzig, Foo Fighters, Probot, Alice In Chains), Flower Of Disease showcased GOATSNAKE elevating their already professional songwriting to new levels, deeply stirring those already following the act's every move and vacuuming in new countless new fans. This is "the release" that would solidify the GOATSNAKE name as one of the top bands of the '90s stoner/doom movement.