68: A Birthday Letter to Paul McCartney... 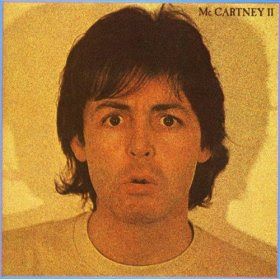 Writing as a fan and not so much a critic of your work, I've taken the unpopular position that your post-Beatles output took the most risks and made the largest impression from an artistic standpoint. But, because you've always been a titan of public relations, your reputation at times overshadowed your work. Next to John Lennon, who for a time did strive to embody an avant-garde and subversive ideology, (thanks to the influence of his artist second wife), you're the "safe" Beatle, the contemporary rockstar who's aged along with the people running the show. As The Beatles once stood as somewhat of a societal downfall in the eyes of parents, because nothing speaks of the onset of immorality and anarchy louder than long hair, you're now "one of them" I guess. It's something even you've acknowledged. Didn't you put yourself in line with being "twee" in your song "English Tea?"

I think that both you and Lennon needed each other as advisers, editors and writers, your ideas seeming to gel perfectly once collaboration was enacted. Even when you worked with Nigel Godrich for the wonderful Chaos and Creation in the Backyard, your ideas seemed fresh, your perspective rejuvenated. Inasmuch as I consider you one of the best songwriters that's ever picked up a guitar, it's undeniable that you need guidance to some extent. Even the best writers need an editor, someone to reel them in a bit and offer them options.

But, that's the critic talking.

You're 68 years old today. You still write and play music. You still get something out of what you do, and so do your fans. As long as I've been able to draw breath, your voice has been in the background somewhere, making me feel better, inspiring conversation, providing something enjoyable for me to listen to. I'll always be grateful that, even if I wasn't alive to witness The Beatles and the brilliance that transpired between the four of you, I at the very least grew up in a household where your albums spun and your name was revered.

Sincerely,
Letters From A Tapehead
legends paul mccartney pop rock the beatles to whom it may interest