John Lennon: His 70th Birthday Is Commemorated With a Lot of Reissues/Releases

- June 29, 2010
I’m not sure if this will outdo the amazing Beatles remasters that came out last year, but this is still a pretty significant undertaking. Because there are so many releases to keep track of, I’ll let the press release explain. 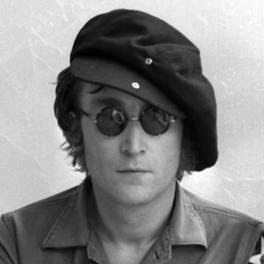 London, England – June 29, 2010 – Eight of John Lennon’s classic solo albums and other standout recordings have been digitally remastered from his original mixes for a global catalogue initiative commemorating the music legend’s 70th birthday, which falls on October 9.

Double Fantasy, 1980’s GRAMMY Award winner for Album of the Year, will be presented in a newly remixed 'Stripped Down' version remixed and produced by Yoko Ono and Jack Douglas, co-producers of the original mix with John Lennon. The new stripped down version of the album comes in an expanded 2CD and digital edition pairing the new version with Lennon’s original mix, remastered.

The campaign’s other new collections include:

• A hits compilation in two editions titled Power To The People: The Hits
• A 4CD set of themed discs titled Gimme Some Truth
• A deluxe 11CD collectors box with the remastered albums, rarities, and non-album singles, titled the John Lennon Signature Box

All of the remastered albums and collections will be available on CD and for download purchase from all major digital service providers.

YOKO ONO said: “In this very special year, which would have seen my husband and life partner John reach the age of 70, I hope that this remastering / reissue programme will help bring his incredible music to a whole new audience. By remastering 121 tracks spanning his solo career, I hope also that those who are already familiar with John’s work will find renewed inspiration from his incredible gifts as a songwriter, musician and vocalist and from his power as a commentator on the human condition. His lyrics are as relevant today as they were when they were first written and I can think of no more apposite title for this campaign than those simple yet direct words 'Gimme Some Truth'.”

The albums have been digitally remastered from Lennon’s original mixes by Yoko Ono and a team of engineers led by Allan Rouse at EMI Music’s Abbey Road Studios in London and by George Marino at Avatar Studios in New York. All of the remastered titles will be packaged in digisleeves with replicated original album art and booklets with photos and new liner notes by noted British music journalist Paul Du Noyer. The albums to be reissued are:

YOKO ONO added: “Double Fantasy Stripped Down really allows us to focus our attention on John’s amazing vocals. Technology has advanced so much that, conversely, I wanted to use new techniques to really frame these amazing songs and John's voice as simply as possible. By stripping down some of the instrumentation the power of the songs shines through with an enhanced clarity. Double Fantasy Stripped Down will be complemented by the original album in the 2CD format. It was whilst working on the new version of this album that I was hit hardest emotionally, as this was the last album John released before his passing."

Power To The People: The Hits gathers 15 of Lennon’s most popular songs, and will be available as a 15-track single-disc and digital package, and as an Experience Edition with additional content. Both versions will be packaged in digisleeves with booklets including a new liner note essay by Du Noyer.

Gimme Some Truth, to be packaged in a slipcase with rare photos and a new liner notes essays by respected American music journalist and author, Anthony DeCurtis, presents 72 of Lennon’s solo recordings on four themed CDs:

The John Lennon Signature Box is a deluxe 11CD and digital collection of the eight remastered albums, a disc of rare and previously unreleased recordings, and an EP of Lennon’s non-album singles. The CDs will be housed in digisleeves within a deluxe box including a collectible limited edition John Lennon art print and a hardbound book featuring rare photos, artwork, collages, poetry, and new liner notes by DeCurtis.

One of the world’s most celebrated songwriters and performers of all time, John Lennon was killed at the age of 40 on December 8, 1980. Lennon has been posthumously honoured with a Lifetime Achievement GRAMMY Award and two special BRIT Awards for Outstanding Contribution to Music, and he has been inducted into the Rock and Roll Hall of Fame and the Songwriters Hall of Fame. In 2008, Rolling Stone ranked him in the Top 5 of the magazine’s “100 Greatest Singers Of All Time” list.

In celebration of his 70th birthday on 9 October, 2010, John Lennon’s life and music will be specially feted with a variety of commemorative releases and events around the world. Please visit www.johnlennon.com for official announcements and updates.

Did you get all that?

Sincerely,
Letters From A Tapehead
60s 70s 80s best of box set compilation legends pop reissue rock shopping for records the beatles to whom it may interest upcoming releases