- June 24, 2010
A couple days ago, I posted a link for a free download from Blonde Redhead, an electronic piece of light and airy New Wave dubbed, "Here Sometimes." According to Beggars Group, this is the single from their upcoming album, Penny Sparkle.

Blonde Redhead return this fall with the release of Penny Sparkle, the sublime new album from the fêted New York trio. 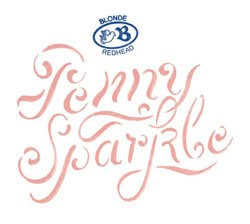 Released on September 14th (13th outside the US), Penny Sparkle – the band’s third for 4AD - marks another sonic twist in their already adventurous canon. It was made over the last year with the band journeying between New York and Stockholm to work with production duo Van Rivers and The Subliminal Kid (Fever Ray, Glasser) and as with their previous album, 23, Alan Moulder (Depeche Mode, My Bloody Valentine, Yeah Yeah Yeahs) was enlisted to mix it.

Kazu Mazino from the band speaks of the record:
“I can't say what Penny Sparkle is about just yet. I remember talking to Ed (from 4AD) one day and telling him that I had a vision that I was traveling to far away places to complete it. (Then) I landed in snowy slippery Stockholm... and here.
I fell in love with the music like falling for someone you've known for a long time. It was dreamy and sometimes was very stormy. At times I felt like a shepherd who was trying to herd five stallions into a yard (unsuccessfully). I felt like I was a link to everyone. I remained still and the others were constantly moving around it.
I am not sure what Penny Sparkle is but I hope I offered to them as much as they offered me. I know that we have never made a record this way and if I could go back in time, I would do it exactly the same way again.”

No Age will also be coming out with a new one for September called, Everything In Between. 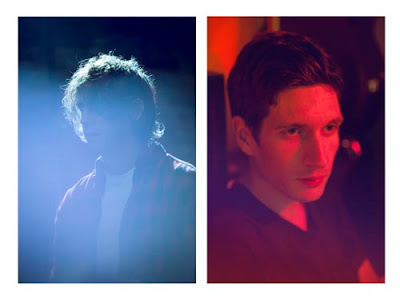 Recorded in Los Angeles from the end of 2009 and into 2010, Everything in Between is the new album from No Age, the duo of Dean Spunt and Randy Randall. They emerged from former band Wives in 2005, to become No Age, worldwide glowing talismans for the DIY art-punk scene in LA, now famously known as having its epicenter at The Smell, a clubhouse where art-life/music-life welded and inspired a creative movement and attitude which has fertilized a purple patch of likeminded punkers and artists around the globe. Since the release of Weirdo Rippers, their 2007 debut album (on FatCat Records), through Nouns, the band’s 2008 follow-up on Sub Pop, and beyond, No Age has earned enthusiastic notice from an incredibly wide array of sources; from Pitchfork to The New Yorker (“Let It Rip,” Nov. 19, 2007), and found themselves unlikely Grammy nominees (for “Best Recording Packaging” in 2008). No Age have risen from sweaty basement shows and art galleries to having their songs blast off the walls of the Museum of Modern Art (MoMA), to performing at unconventional spaces both close to home and abroad.

And Everything in Between is a bold step in their creative evolution. It documents their lives and their artistic progression more prominently welded into a permanent union. It is a culmination of reflecting upon life’s ruptures and triumphs; the process of moving through these moments banged and bruised, yet better off for the wear and tear. They’ve pushed themselves in challenging and different directions, deconstructing their weird-out pop songs while still maintaining their original aesthetic and intent. Melody is formed from noise and samples; disorienting rhythms, howling tones, fuzzed-out scuffs, cuts and grazes, and heart-wrenching skree are all vital to embellishing the raw sentiment of the album.

No Age of course comes complete with tour dates: