Queens of the Stone Age: I Think I Lost My Headache

- June 27, 2010
"I Think I Lost My Headache" may be one of the most hypnotic rock songs I've ever heard. With news of a 2-disc reissue of Rated R, the second album (and first major label release) from Queens of the Stone Age, my mind goes directly to this song, its steel drums shuffling behind cymbal crashed rhythm, the stringy guitar phrases an eerie and magnetic introduction to sonic dismay and then that trumpeted outro that goes on forever. It's one of those moments that make Rated R as monumental as it is, a rock album that derided the so-called "garage revival" before it had really even begun to take shape while acting as a blueprint for their breakthrough album. Consider it QOTSA's Revolver, a drug-induced headtrip of excited neo-psychedelia, quick-chord retro punk and experimental proto-punk that wasn't quite refined enough for mass consumption, but perfect for anyone that knew what they were listening to.

With follow-up Songs For The Deaf, QOTSA took the music a step further, crafting a full-on rock experience for the millennium that took as many chances but laced every song in aggression. I don't want to say that it was more radio-friendly than Rated R, but Songs For The Deaf grabbed a lot of attention and it only helped that Dave Grohl was there to add some star power to the release.

Rated R is being expanded into a 2-disc version for its 10 year anniversary, and will be out on August 3rd. All the frills aside, offer this album your undivided attention. Rated R is an unfolding and developmental portrait of the band and its progression into a signature sound, and it offers more than just a glimpse of exactly how important they are and were to become. 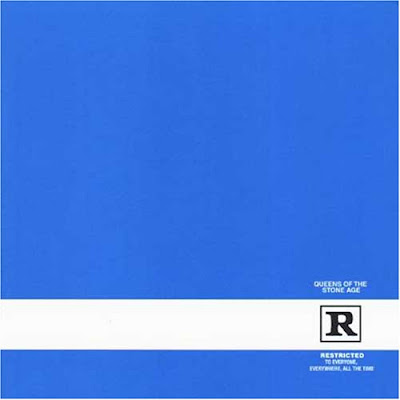 Check out this link for details.