What I Heard This Morning: Shapes and Sizes

- June 11, 2010
Candle To Your Eyes, the new album by Montreal quartet, Shapes and Sizes, has been one of the more pleasant surprises I’ve experienced this year. Their first single, “Tell Your Mum,” has some math, some pop and some Beet-like narratives spoken overtop the song’s otherwise disciplined and determined bridge.

Candle To Your Eyes will be out August 3rd via Asthmatic Kitty and it’s a very enjoyable album. A review will follow. 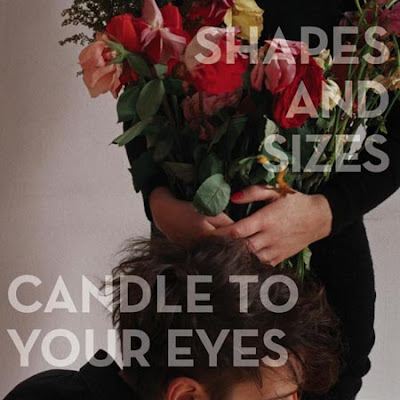 Via press release from Terrorbird Media:

It's one of the first days of spring here in Montreal. The sun feels warm, and new green is imminent. There's a buzz all around on days like these. The winter was cold and long, but it makes the spring sweeter. Shapes and Sizes settled here three years ago. I say "settled" because prior to their arrival here they kept a rigorous touring schedule. Touring with The National, Yeasayer, opening shows for the Silver Jews, Sufjan Stevens; too many shows to get into specifics. So when they arrived in Montreal, there was a feeling of resolution, maybe even hibernation. They carried out their daily chores: one sold books, another records, one studied music and perception while delivering groceries at night, and another never kept her eyes too far from the road.

But all this while, the band was quietly tinkering. You see deep down, Shapes and Sizes never really settle. Each record starts where the previous left off, and forays into new territory. The first album, which initially caught the attention of Asthmatic Kitty's Sufjan Stevens, was really just a collection of crafted pop songs. The second was a glorious mess, jagged guitars matched with gentle banjo, as obnoxious as it was sensitive.

And the third? Well, it took long enough to drag out of them. After two years of writing songs, recording the album took another year. Radwan Ghazi Moumneh (A Silver Mt. Zion, Tim Hecker) recorded the album at the Hotel 2 Tango, and it was mixed at the Pines by David Bryant (Growing, Set Fire to Flames). Set-backs and indecision played their part, but the lengthy incubation period seems to suit the record: the songs are measured, paced. They are neither shouting in your face or wallowing in their own mood. Cohesive and reliable, this is the record where Shapes and Sizes becomes a band, not just a collection of songwriters. Some might talk about the album's flirtation with modern soul, its darkness, its reverberant space, or argue over whether or not it is a rock album. But for me, this kind of talk has no importance. At the core of this record is a self-assuredness, a calm, consistent fire. And just like the promise of this beautiful spring day, this record is a new beginning, new life.

Shapes and Sizes eponymous debut saw the band in Victoria, British Columbia, Canada. With fresh, keen faces, this island town was a perfect place for the band to spread its roots. Shapes and Sizes quickly became entrenched in Victoria's music scene. With fortified optimism, they embarked on a nine week tour of the United States and Canada. A 1979 Dodge camper van provided travel and accommodation as they crept from one $100 show to another - the west coast, Texas, the Midwest. A pivotal show in New York followed by a breakfast meeting with Sufjan Stevens gave the band further reason for shiny-eyed enthusiasm. Stevens' Asthmatic Kitty label released the debut album in the summer of 2006.

What made Victoria, B.C. an ideal place for the band's formative years soon proved constricting, so Shapes and Sizes packed their bags in favour of Vancouver's brighter lights. These were the fighting years. The band kept an ambitious touring schedule. They smelt it and they wanted it. It was here that they recorded their sophomore album.

Dissonance needs resolution, and for Shapes and Sizes that resolution is Montreal. They settled here three years ago. And while their lives are filled with the stuff of everyday life, their evolution hasn't slowed. The band's third record, Candle To Your Eyes, is a set of strong, measured songs that are neither shouting in your face or wallowing in their own mood.

Sincerely,
Letters From A Tapehead
art rock indie rock upcoming releases what i heard this morning