Preceded by the seminal Pink Flag and Chairs Missing, 154 is considered Wire's break-up tape and was apparently developed under the stress of creative differences and pressure from EMI to produce an album's worth of accessible singles. "The 15th" was intended to be the bullet and I could imagine it appealing to a more generalized public, more so at least than "12XU" or "I Am The Fly" may have. But, Wire refused to release it as such because the song wasn't performed by the full band. In essence, 154 was Wire's White Album, its entire being shaped by individuals as opposed to band members. They broke up the year after its release in 1980. 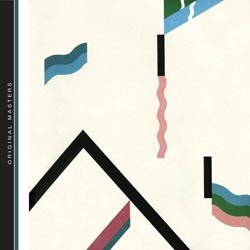 Out of their initial phase, 154 has two of my favorite Wire songs: "The 15th" and "Two People In A Room." "The 15th" could've been the inspiration behind My Blood Valentine's Loveless, it's sensitivity and walls of angelic sound as enveloping as the sonic canvases Kevin Shields is accredited for originating. When I got to see Wire in 2008, they played this song and that could've been their entire set as far I was concerned.

"Two People In A Room" is a perfect culmination of punk energy and tension. There's something remarkable and unsettling about it, Robert Gotobed's acoustical drum and Colin Newman crying out loud amidst the guitars that race each other to some imaginary finish line that never quite materializes. It almost feels like the song continues long after it fades.

Though 154 will never be regarded as a standalone achievement, out of Wire's most celebrated output I think it's their most progressive and dynamic work. Pink Flag and Chairs Missing excel at technique and songwriting, but 154 is dark and emotional. It resonates more because obstacles like struggle, irrationality and frustration had to be compromised in order to make it work. If any one track ably conveys the stress associated with 154, it's the closing minutes of "A Touching Display" where a veritable howl of distorted guitar seemingly drowns under water but persists in an effort to be heard and understood.