- July 06, 2010
Coming off the release of the Dum Dum Girls’ I Will Be, drummer Frankie Rose (also a former Vivian Girl and Crystal Stilt) is releasing the self-titled debut of her newest vehicle, Frankie Rose and the Outs. The first single from her upcoming release, “Little Brown Haired Girls,” is what you’ve come to expect from Rose, Spector-ized 60s girl groove with garage punch.

The album will be out September 21st on Slumberland Records.

A review of I Will Be by the Dum Dum Girls can be found at No Ripcord. 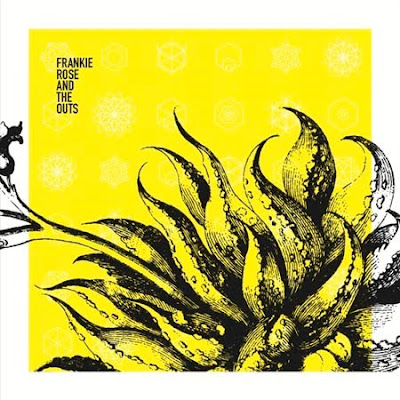 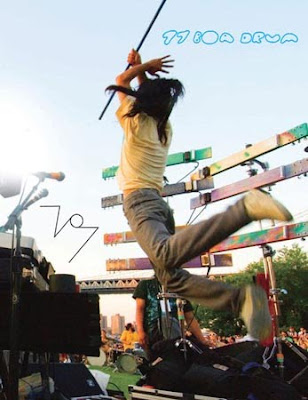 Thrill Jockey is releasing a DVD performance of “77 Boa Drum” by Boredoms.

On July 7th, 2007 at 7:07 PM, Japanese group Boredoms, orchestrated a performance by 77 drummers at the Empire-Fulton Ferry State Park in Brooklyn, NY. Nearly three years later, the experience is finally making its way to DVD. 77 Boa Drum is the official live performance documentary of the event, complete with behind the scenes rehearsal footage, interviews, and of course, lots of footage of the actual performance.

The momentous event was filmed by Jun Kawaguchi and his crew, web-TV sites like VBS TV, Viva-Radio, and several unknown You Tube cameramen. Kawaguchi, a big fan of Boredoms, had spent a decade chronicling the band’s live performances and the 77 Boa Drum concert was no different. After editing his footage together with live footage captured and posted on You Tube, the 89 minute documentary was born.

The DVD will see release in the US on Thrill Jockey Records on September 7th and come with a series of photo postcards not available in the Japanese edition.

It’s possible that the grandness in scope may outweigh the ACTUAL performance, (or the piece), but an effort like this is worth the attention, especially with the Boredoms’ name attached to it. If nothing else, it’s at least worth supporting a record label that would confidently release something this esoteric and challenging.