Blue Note on Harmony In My Head

- October 01, 2010
I realize that I’m almost a full week late in posting this, but last Saturday’s broadcast of Harmony In My Head, (which if you’re not paying attention is Henry Rollins’ radio show on KCRW), was dedicated to the Blue Note catalogue. That’s right: Two hours of straight Blue Note jazz, which included John Coltrane’s “Blue Train,” Wayne Shorter’s original rendition of “Footprints” (the other version appearing on Miles Davis’ necessary Miles Smiles album), and Eric Dolphy’s “Out To Lunch.” 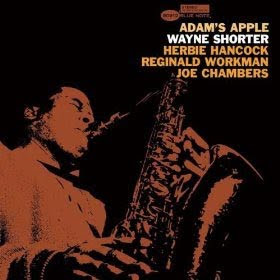 Rollins was apparently tapped for an upcoming series of compilation discs that Blue Note is releasing based on artists’ favorites. Inspired, Rollins brought his selections to the show.

You can either access the show at the archive site, or check out the Harmony In My Head at KCRW.com.

Here are his show notes:

I am writing to you from my small room in Thimphu, Bhutan. I had an interesting afternoon. I watched four bodies get cremated. For almost two hours, monks prayed and then the pyres were lit. It takes awhile but eventually, the bodies start to burn. You can hear them sizzle, it sounds like rain.

Well now, that’s one hell of a way to start some Fanatic notes. Onto the main topic of discussion here and as always, that’s the music. Tonight is another concept set that we think you are going to like. Several weeks ago, Albert Grootonk, a pal of mine who works for Blue Note in Holland contacted me and asked if I would put together a 2CD set of music from the Blue Note catalog for release as a Henry’s picks kind of thing. I could not say no to such a Fanatic proposition and got to work on it immediately. It will come out in October or November, I believe. I will let you know more when Albert sends me more information. I thought it would be a cool idea to take some of the tracks that I chose for the set and make a show out of them. A label sampling, if you will. As many of you Fanatics know, there’s no way we could in any way make a retrospective show on a label with so many releases.  So, we went for two hours of good tracks from the mighty Blue Note label. In a way, one of the easiest shows we have ever put together in that there’s so many choices and for that same reason, why it was also quite difficult. I think we did ok and I really think you’re going to like this. I know you like the Jazz shows we do now and then and you know that we always aim to please. Many of the artists below are familiar to you but perhaps some artists like Dizzy Reece are not. Great stuff as I think you will agree. Those of you who have delved even slightly into the Blue Note catalog know what a daunting mountain-o-music it is. One could devote all their time just getting to know their way around the living room of the Blue Note mansion. If you like what you hear on any of tonight’s jams, the albums they come from are worth checking out.

Dan Trice, our show’s Fall prof., sent me a site address for info on the October release of the greatly expanded version of The Fall’s Wonderful And Frightening World Of The Fall. I already pre-ordered mine. Can’t wait to get close up on that one. I think that’s going to be an entire Saturday night. Click here here for the site that Dan sent.

This is going to be a great one, easily the re-release of the year.

Next week, Fanatics, we will have some fun. Remember last year when I did those live remotes from Indonesia and India? We’re going to do it again but this time from the streets of Hanoi Vietnam. Should be a noisy one, to say the least. Until then, dig the Jazz sounds, be cool and STAY FANATIC!!!