What I Heard This Morning: Clive Tanaka y su orquestra... 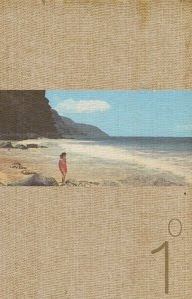 I'm typically not all that keen on electronic music, but Clive Tanaka's minimalist Eno-ish approach appealed to me. Plus, the video is awesome in that "child of the 80s" kind of way.

The song, "Neu Chicago," had only seen a cassette release but Tanaka's album, Jet Set Siempre No. 1 is getting a proper release in January of 2011 by the Tall Corn label.

Video and additional info on Tanaka is available from Altered Zones.

Via Friend Of Friends Network:

Jet Set Siempre No. 1 has two personalities: Side A is labeled "For Dance" and Side B as "For Romance." From the opening notes of the A-side, you're immediately caught in a groove that entraps you until the tape is tightly wound around its second spool. While the B-side retains the rhythm, its added sense of enchantment ensures your moves connect with the eyes you're trying to attract. With Jet Set Siempre No. 1, Clive Tanaka y su orquesta have created one of the best electronic jammers I've heard in a long time. The only downside is that I'll probably wear out the cassette before summer ends.

Mr. Tanaka, a Hokkaido native, runs Tanaka Heavy Industries, a manufacturing keiretsu. He also often composes and performs music alone and with his orquesta. Mr. Tanaka is working on several projects presently, but one never knows when he will finish. The music of Jet Set Siempre No. 1 is presently only available on cassette tape and the 1/2" master reels to which it was originally printed.

Sincerely,
Letters From A Tapehead
electronica video what i heard this morning