What I Heard This Morning: HULL

A few weeks ago while attending Marnie Stern show at the Kung-Fu Necktie in Philadelphia, I was introduced to a band named HULL thanks to memorable sticker promotion. It was either by the act of some complete smartass or some irrefutable marketing guru that I happened to see the sticker, which was bullseye level and stuck above the drain on the only urinal in the men’s bathroom. Consequently, HULL took the brunt of a lot of the evening’s on tap byproduct, not just from me, but from every male that’s attended ANY show at KFN since that sticker found its home. For that, I apologize to HULL. I swear I wasn’t aiming.

As consolation, it was only thanks to that act of vandalism that I learned of the band and have since listened to last year’s Sole Lord, which is a very accomplished and well performed piece of progressive metal. Apparently, HULL is working on something new. 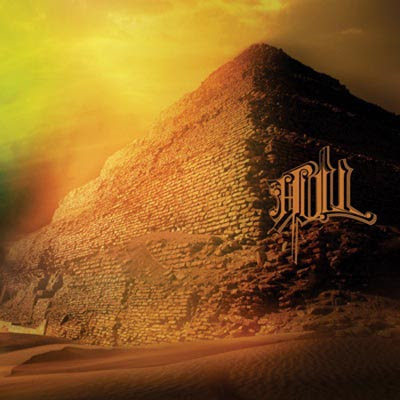 Brooklyn, New York-based triple-guitar led sludge merchants HULL recently came out of hiding to play a surprise CMJ performance with Kylesa at Public Assembly on their home turf. The crushing performance brought with it an unexpected, brand new, as-yet-untitled track from the band's upcoming full-length. Check it out HERE.

HULL have been holed up at an undisclosed location working on the follow-up to their Sole Lord debut, issued via The End Records in 2009. The unsung five-piece's difficult-to-pinpoint but ultimately all-consuming brand of post-hardcore/sludge metal continues to draw praise from the masses. Metal Hammer said the band sit, "...somewhere between the somnambulant art metal of Neurosis, the clattering abrasive prog of Mastodon and the raging doom rock of High On Fire," while a Sole Lord review from The Sleeping Shaman insists, "HULL can barely be contained within the confines of a mere CD, their ideas, energy and exuberance flow forth and threaten to break free and cause all manner of trouble." Added The Dreaded Press: "Because you can hear as clear as day that HULL have no shortage of musical skill available to them, not just in the guitar work and drumming but in their ear for song structures that keep things moving, making shifts from down-tuned bludgeon to gentle clean-tone tapping lines or subtle tonal swells seem not just effortless but utterly appropriate."

HULL's sophomore full-length will be co-produced by Brett Romnes (who played drums on the band's long coveted Viking Funeral EP, initially self-released in 2007) and mixed by Bill Anderson (Sleep, High On Fire, Neurosis, EHG, Melvins et al). A May 2011 street date is expected.

Sincerely,
Letters From A Tapehead
metal progressive upcoming releases video what i heard this morning

Sean Caldwell said…
I definitely liked what I heard and I'm looking forward to the new one.