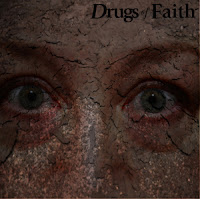 Virginia’s Drugs Of Faith revel in grinding speeds and syncopation for their debut LP, Corroded. Consider its less than thirty minutes more of an attack than an album, songs like album opener “Grayed Out” and “Race to the End” quintessentially hardcore wrapped up in a metallic attempt at crossing over. Think D.R.I., though “Hidden Costs” unpredictably hits on Jawbox-informed melody, suggesting an allegiance to D.C. post-hardcore as well. 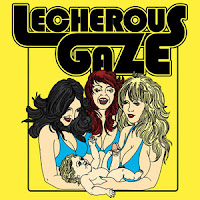 Thin Lizzy and Motörhead meets Danzig? Yeah, actually. Though their home page unjustly boasts them, “The Future Of Rock N’ Roll,” there’s a dirty soul and punk bred spirit throughout the EP’s four tracks that’s at least admirable. Plenty of guts are on display throughout riffs in songs like “Phaze” and “Sold,” hearkening back to Sabotage-era FM. The slow and grimy “Graveyard” and MC5-tinged “R ‘n’ R Lust” provide midway tension and an opportunity to brandish a solo or two. Overall, it’s an enjoyable four tracks. It’s not going to blow your mind, just make it smile.