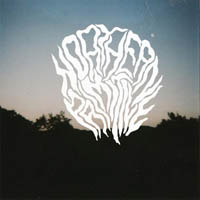 Matt Sajn wrote me around February asking me to give a listen to his band, Northern Primitive. I’ll blame the backlog I’ve managed to amass so far this year, (it’s impressive), for the lateness in my acknowledgement of his self-released and self-titled debut. Sajn is definitely in good company and my Inbox will be supplying Letters From A Tapehead a good amount to talk about as I try and play catch up throughout Spring.

Northern Primitive reflects the early 90s ruggedness of college rock informed “alternative” music. The textured guitar assault of its first track, “Highway,” sounds like an evolved variation of post-punk groups like Wire and The Feelies, its fast and completely uninterrupted movement a base for layering guitar effects and riffs.

The band benefits from a lack of polish and refinement. That’s not to say that they’re sloppy or that they lack discipline, but that their sound vanquishes ease of accessibility. You can imagine bands similar to Northern Primitive winding up the victim of FM battery as the band does, at points, come dangerously close to mid-90s, post-Alternative wannabe rock.

Overall, though, it’s a strong debut. Other highlights include “The Civilian In Me” and the Dead Boys inspired “Space Traveler.”

I’m trying to figure out if Aaron Roche would constitute “Freak Folk.” 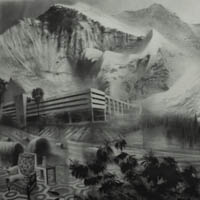 Roche and Hinck will appeal to fans of Sufjan Stevens, Andrew Bird, Six Organs of Admittance and possibly Antony & The Johnsons and the album is available for vinyl hounds, limited edition of 500.

You can stream the album below.