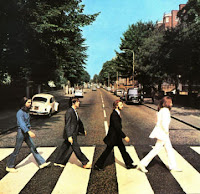 One of the more perfect B-sides in rock n’ roll history? I know that the famed medley of songs on the flipside of Abbey Road were mostly works in progress, both Paul McCartney and John Lennon stringing them together to create the album’s charged opus and The Beatles’ monumental farewell. To think that Let It Be could very well have been the band’s final album, it’s remarkable that personal, creative and professional differences were cast aside long enough to send the group off in a better, more memorable way. 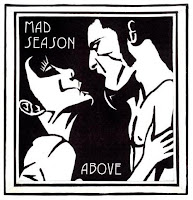 I held a spotlight on “Wake Up” about a year ago, momentarily held in a nostalgic grip that brought up a healthy amount of old feelings. Not memories; just feelings. It’s possible that Above just hit me at the right time. I don’t remember the album receiving much in terms of favorable reviews. In fact, I remember thinking that I was wrong to like Above, as if whatever hold it had over me was a mere fluke that would likely expire with more and more listens. It’s 15 years later and Above is still one of my favorite albums of all time. Listening to it now I still get a sense of where and who I was when I didn’t like where or who I was.