The man was a shock to my system when first my ears touch upon "Whitey On The Moon," Gil Scott-Heron's bongo-powered indictment of White America's priorities in terms of taxpayer dollars: "I can't pay no doctor bill/(but Whitey's on the moon)/Ten years from now I'll be payin' still/(while Whitey's on the moon)."  It's not as if I hadn't already been exposed to Afro-centric pride and racially inspired backlash via the more vocal amongst hip-hop's reigning champions, (most notably the words of Public Enemy and then later with Talib Kweli and Mos Def), but Scott-Heron's delivery, backed by one mere, simple hand drum, was compelling.  Yes, there was anger to the man, poetic outrage at the words' core.  But, Heron wasn't only a voice of dissent: he was the embodiment of protest art, his combination of words and tone a perfect conveyance of frustration and hope for something better, canvas worthy assessments of living situations for Black People. 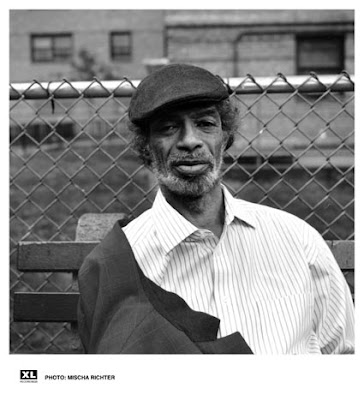 Heron has been referred to as the "Black Dylan," and while to some this might dilute his impact on music, especially in terms of hip-hop's genesis, it does illustrate well enough the type of poetic and performance capability Scott-Heron possessed.

Gil Scott-Heron has passed away at the age of 62.  Being at the forefront of an entire genre's beginnings, hip-hop's earliest days being based upon graffiti, DJ'ing, dancing and performance, Scott-Heron's legacy will be that he helped build this culture.  As recent as last year, Scott-Heron's comeback after years spent under the weight of drug abuse and legal troubles, I'm New Here, brought a wiser, though older and somewhat beaten down, artist back to a welcoming public.  The album exuded an old man's wisdom in a modernized age, a final shot at redemption having been met before time was up.

"Lady Day and John Coltrane" from Pieces Of A Man (Gil Scott-Heron).

"The Revolution Will Not Be Televised" from Small Talk at 125th and Lenox (Gil Scott-Heron).

He will be missed.

courtney said…
Thanks for this. I have heard "The Revolution..." and a few other pieces here and there, but I was never as aware of Gil Scott Heron as I wanted to be. It is really too bad that it is only upon his death that I am finally finding these clips and tracks.
5/29/2011 7:36 AM

I've discovered and appreciated many, many an artist posthumously, so I understand where you're coming from there.

I think, though, once an artist is incapable of creating more art, it's good that people continue to discover and share whatever that artist has left behind. I'm happy that the songs I posted were pleasant discoveries for you. That just means others can to and the man's work can thrive long after he's gone.