- May 17, 2011
In the same way Google, Twitter and Facebook lead most of us into the perfect storm of links, exits and alcoves along the information superhighway, I wound up reading a blog entry on Tegan and Sara’s website that criticized, plausibly mind you, the absence of critical resistance to the homophobia and misogyny found in the lyrics of hip-hop artist, Tyler, The Creator. 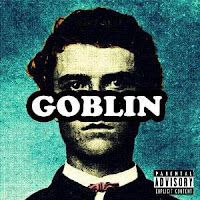 To be completely honest, I really had no interest in checking out Tyler, The Creator before I’d read Sara Quin’s thoughts. Her accusations roused curiosity, as is usually the case once controversy is sparked or speech in relation to art is given the “moralist” debate. Having now listened to a few of Tyler’s tracks, most notably “Yonkers” from his new album, Goblin, I’m at somewhat of a loss on the response. While I don’t want to be one the many “journalists and colleagues” that “defend, excuse and congratulate Tyler, The Creator,” my kneejerk response is to more or less excuse his derogatory language because I happen to think he’s an interesting and unbridled voice. His flow is captivating. His content is offensive, but well-executed. To Sara’s point, he’s definitely insensitive. But, he’s insensitive to everybody, (including himself) so doesn’t that level the field a tad?

The mostly antiquated political and social climates that have ultimately led us toward the traps of political correctness haven’t excused past occurrences of hate and violence due to race, ethnicity, sexuality or religious affiliation. But, I think being P.C. has choked the life out of art and satire. While I understand that blatant disregard for humanity based on skin color and sexual orientation typically constitutes hate speech, I think we’ve lost the ability to acknowledge our differences, take them in stride and just accept each other as who and what we are. We haven’t become better people; just better at editing ourselves in public. Now, just so that’s not taken out of context, I’m not saying we haven’t become more accepting of others. But, I believe if we are to evolve, we should be able to reach past the surface and take a closer look. And, being a white heterosexual male, I realize I don’t have much right to instigate this discussion. However, as political correctness and fear of speech continue to minimize society’s vocab, are we in danger of over-sensitizing ourselves? Have our skins become too easy to bruise? While violence seemingly runs rampant on our televisions and through the airwaves, dialogue has diminished and it seems words cause more damage than bullets.

Sara asks, “When will misogynistic and homophobic ranting and raving result in meaningful repercussions in the entertainment industry? When will they be treated with the same seriousness as racist and anti-Semitic offenses?” She has a good point. But, taking the Lenny Bruce approach, could it be that these words hurt so much because they’re given so much power?

Or, if that doesn't work, can we simply exercise our right to ignore what doesn't suit us?

Listening deeper to what comes across as hostility through rhyme, or shock for the sake of shock, Tyler’s psychosis and content probably strike deeper than mere button pushing. He’s a young man, evidently angry and cynical, and there’s no one telling him what he can and can’t say, which is a liberty hard-won and rare amongst artists in the spotlight. He mentions therapy often enough to suggest he’s as disturbed as he is disturbing.

All that being said, Tyler did himself somewhat of a disservice with his response to Tegan and Sara:

"It Tegan and Sara need some hard dick, hit me up!"
It’s not so much that Tyler should’ve changed his mind around and held to a higher standard as far as his lyrical approach, but he could at least have contested Tegan and Sara’s observations with his own explanation.  I think he mistook rebellion for simply being childish.

Sincerely,
Letters From A Tapehead
first amendment hip hop parental advisory single to whom it may interest video