What I Heard This Morning: Matt "MV" Valentine & aTelecine...

A couple oddities for today.

All info, links and pictures are courtesy of Force Field PR.

If string theory is correct, this is approximately the thirteenth album Matt Valentine has released that definitely shouldn't be filed under a group name (Tower Recordings, Bummer Road, Golden Road, etc.). On the other hand, if string theory is correct, this might also be his 11,000th album. The truth, one suspects, is somewhere in between. Since bedding down in southern Vermont at the dawn of the century, MV has been as cussedly prolific as anyone. The gout of LPs, cassettes, CDRs, singles and 10-inches emerging from Maximum Arousal Farm has dwarfed the output of everyone 'cept maybe Sunburned or Thurston. Regardless, there can never be enough MV LPs in the world, and What I Became is a beaut. Most of it is as solo as Satan, apart from percussionist Jeremy Earl (of Woods fame), whose presence is sometimes felt more than heard. Erika "EE" Elder and Mike "Muskox" Smith also pop up on a track, but the general approach here is as naked-and-loaded as the soul of Icepick Slim.

As usual, MV's tunes and procedures beggar easy generification. Elements of deep forest psychedelia brush against Crazy Horse guitar / vocal flourishes that explode to reveal volk-based form mayhem at its hickiest. My particular fave here is "PK Dick," a paean to nth dimensional logic in the form of a Swedish psych-folk readymade. My son prefers the haunted-Harvest-vibe (his words) of " Ave. B." My wife goes for the Seventh Sons approach offered by "Sweet Little Indian Girl" (always a fave with the ladies). And my daughter nods in the direction of "Continuing the Good Life" for reasons she will not explain. I suspect it's the hooty vocals, reminding her of teen pop giants like The Shins and Of Montreal, but she ain't sayin'. All this just goes to show that What I Became is a fun album for the whole family. It will soothe your savage breasts. It will turn your evil mother-in-law into a porpoise. It will wash yr dishes and darn yr socks. Darn them! Motherfucker, who else would do that? Nobody, Jack. 'Cept MV. This guy has the magic touch. And it has never been displayed better than here. Just get the fucking rec. Or prepare to go sockless. Kind of a no-brainer, eh?

Now that I've talked it up, check out "Carry," which is a track from aTelecine's rarities collection titled, A Cassette Tape Culture (Phase Three).

They also have a full-length coming out dubbed, The Falcon and the Pod.  You can find the very David Lynch/Ingmar Bergman-inspired teaser below.

VIDEO: Album Teaser for The Falcon and The Pod -
http://www.youtube.com/watch?v=kBQ3OndXtKI

Many know Sasha Grey for her starring role in Steven Soderbergh's Girlfriend Experience or as Vince Chase's girlfriend on Entourage or as the starlet on the cover of the October 2010 issue of Playboy Magazine. Although Sasha has now released two limited edition full-length LPs and a 7" with her band aTelecine and has also worked with Current 93 lending her vocals to "Aleph at Hallucinatory Mountain", she is only beginning to be known for her music, and yet Sasha has always made music. Sasha was inspired to play music by groups such as Throbbing Gristle and KMFDM and has been recording music since she was 15 years old.

So what does aTelecine sound like? aTelecine take an experimental approach to making music in the form of sound collages which bring to mind artists such as Nurse With Wound and Coil branching out into a world of dark ambient and death-dub. Their music is ever evolving and mutating and it's only with each new album that they release that we are able to glimpse where they are heading.

These releases mark the first time any of the group's music has been made available digitally - in addition the band is preparing to release a new LP, The Falcon and the Pod in July. It is the first of a trilogy of albums which will be released over the next year or so on Pendu.

ABOUT PENDU:
Pendu Sound Recordings is an imprint of PENDU NYC, a group known for throwing dance parties and art shows promoting "ecstatic culture" throughout NYC and beyond." - http://www.pendu.org

To whom it may interest, Collecting sounds this week for a new entry for my  2020 Playlist . I've been largely absent this month thank... 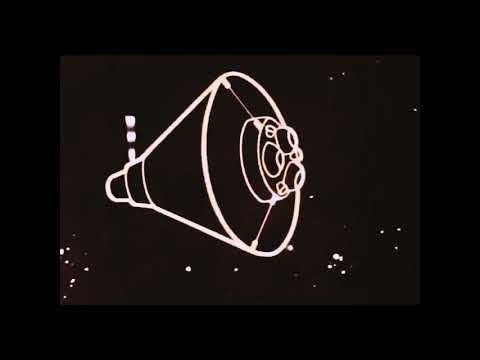