- July 10, 2011
So, I was given a small window of opportunity to go analog today and devoted this time to Bridesmaid/Sun Splitter 7" split released by Bastard Sloth Records.  The album came out back in March and I believe it's still available for purchase.

You can also check out the Bridesmaid Bandcamp page if you'd like to give it a listen or spend some money to support the bands. 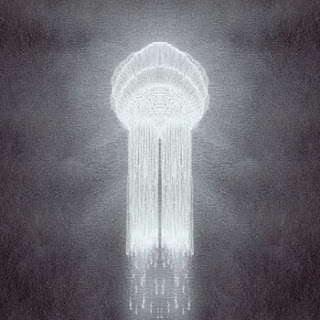 Bridesmaid's contribution to the album is "Vilkin' It For All It's Worth," a sludgy little number that rushes through tar-thick production.  A trio comprised of two bassists and the necessary drummer, Bridesmaid conjures dueling bass sounds, both of which function as throb and muck counterparts.  There are moments when the mix, or lack thereof, overwhelms Bridesmaid's low end components, but they fuse some degree of time signature into their "instruments only" metallic bog which at least pulls the music out from underneath the producer's mud.

Sun Splitter's "Plum Blossom" has nostalgia in its corner.  I remember buying cassettes at local shows from neighborhood metal bands that put out stuff like this, though Sun Splitter has more of an experimental bent.  Loops and noise are apparently added by vocalist, Anthony Dunn, and the band gets really into their drone, which is both drenched in SunnO))) intensity and industrialized a la Godflesh.  They do a good amount with almost 7 minutes' worth of tread to work with.

Sincerely,
Letters From A Tapehead
7" metal split the mailbox giveth