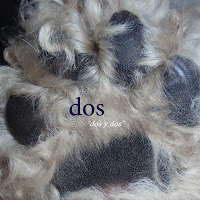 Michael said…
Well stated. Punk ultimately was an attitude and approach toward making music (really any art and all culture) rather than a style to be slavishly adhered to. Nearly all the surviving true pioneers of punk have demonstrated this through the years.
7/27/2011 10:41 AM

Tim Moore said…
New Follower. Nice Words. I like the idea that Punk can be more that what it has been...and moves. DIY takes many forms (some a little more "establishment" than others).
7/27/2011 10:42 AM

Michael said…
To: Tapehead. The first Minutemen show demonstrated how quickly punk as a scene became ossified and closed to new thoughts. David Lowery talks about Camper Van Beethoven playing gigs at "punk" venues in his blog 300 Songs, in which they experienced similar reactionary responses. He also talked in another post about the difference between "independent", "domestication" and "de-fanging" which echoed for me the statement Gertrude Stein made to Picasso about how he didn't have time to make cubism beautiful because he was busy inventing it, and beautification was something those who followed after would do (as the work of Juan Gris certainly seems to confirm). I guess my point is that some things just never change.
I also personally view the label "indie" a form of de-fanging. It's making a diminutive out of "independent", which is a way of dis-arming. Much the way only referring to a lover as "pookie" denies that lover their identity and reduces them to a harmless cuddly teddy bear. As such, I find "indie" has become a useless term that one can attach via hyphen to any style to lend it credibility to the masses. I completely agree with you as to the real meaning of punk.
7/27/2011 2:02 PM