What I Heard This Morning: Is/Is 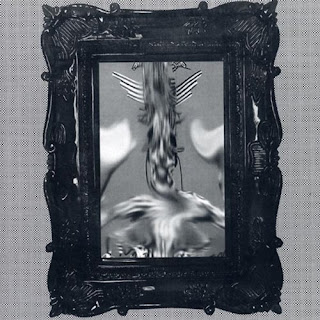 As necessary as the word "haunt" is for a band that dubs themselves "witch gaze," Is/Is, a trio hailing from Minneapolis/Portland, (Replacements country), really lay on the reverb.  Following their four-song EP, This Happening, Is/Is are releasing a two-song 7," "Vowel Movements" b/w "Blackest Beat."  Grunge/shoegaze fetishists should be very pleased.  "Vowel Movements" has an air of swampy dread to it that's sort of stunning to listen to as the song plays with tempo, slowing up enough for singer/guitarist Sarah Rose to sing her piece, which she does with just enough snarl to detect attitude.  It's hard to get around the fact that Rose and Co. sound dismayed, gorgeously pensive and just dark, which is probably the perfect mix of criteria for 90s alterna-pop.

The B-side, "Blackest Beat," doesn't necessarily deviate from "Vowel Movements"' tone, but the riff bears a more lighthearted swagger and their tempo shifts seem a tad more playful.  I'm positive that this sounds great on a turntable, the undulating waves of guitar tones and Rose's voice, which sounds as constant as the air she expels.

Check out this video of their song "Eating Hourglasses" from their This Happening EP.

A note to the band:  It's a shame you weren't the first to come up with "Vowel Movements."