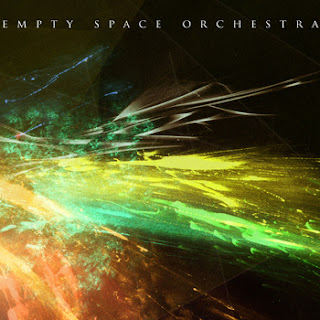 Buzzwords and preconceived notions abound when it comes to lazily coined “prog” rock, though Oregon raised rock quintet, Empty Space Orchestra, is falling under the “post” designation. One such buzzword is “pretension.” Another might be “snobbery.” Easy enough considering the genre’s rep, its head having historically run so far up its own ass that it ultimately led to the breakdown of a creative and accomplished musical height, rock & roll’s only chance at survival the regeneration of its balls, eyes and teeth. Bare essentials became en vogue. Thank you, Ramones.

It was both necessary and unfortunate that PROG-gressive music failed to connect with later generations intent on being either alienating or angry, but the musical ideas of King Crimson, Rush, Yes and even (Aja’s a great fucking album, so eat me!) Steely Dan to some extent began to seep into the output of those bands that once decried prog’s “rock-as-academia” approach. Even if CBGBs and Sid Vicious had depleted the music’s credibility, Television and Public Image Ltd. could both be seen as looser variations of the progressive model. Even hardcore began to complicate itself musically, alienating its already alienated loyalists from the familiarity of simplistic noise and violence and from the relative comfort of their familial asylum, happily unattached from the monotony and sanitization of real life.

Without tracing its origins or following its course over the last 40 years, prog rock seemed to experience somewhat of a reawakening once The Mars Volta came to be, which has been both refreshing and somewhat disheartening. As much as the music impressively winds and twists, shifts and shapes, TMV is also guilty of the very same self-importance that drove fans away from the arenas years ago. In 2002, TMV’s Tremulant EP announced progressive endeavors while The White Stripes’ White Blood Cells found re-release on V2 Records, rekindling two sides of interest you can trace back to 1969 with The Stooges and Yes, both of whom released self-titled albums that more or less introduced a new decade’s increased lack of interest in jam bands, folk and psychedelia. 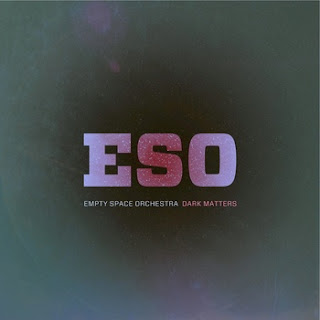 As sophistication seems consistently at odds with blues-informed garage, generationally speaking, Empty Space Orchestra combine both, taking riff rock and time signatures and coming up with the least condescending form of progression. The tunes are impressive, but not at the expense of energy. If you’re looking for something to satisfy your hard-on for recycled variations of Tales From Topographic Oceans, this ain’t it. Roxy & Elsewhere, though? Maybe. Feels So Good? Sure. At least, I heard some of both in “Brainjar,” the first song from the self-titled LP. Brass powered and off-kilter, saxophonist Graham Jacobs and guitarist Shane Thomas layer their instruments like multi-tracked vocals, harmonizing lengthily atop a jazzy rhythm section. Already, the value of drummer Lindsey Elias is more than understood, her technique and power a draw for most of what ESO has to offer. The song transitions into desert rock midway, bringing some stoner-laced Kyuss sensibility to it, suggesting not only a strong attention to detail, but also a cosmic and chemically influenced consciousness. You can hear this also in the rather theatrical “Intergalactic Space Cruiser,” which has a campy tone to it. The band toys with wisps of Hawkwind sci-fi (“Exit Strategy”), experiments with overt post-rock (“El Viento”) and expanse (“Tiger Puss”). Albert Ayler meets Zappa for “Get Some,” a honking sax leading into Hammond-backed rock music which then stretches into a gorgeous solo section. Stoner blues jam “Tennessee Red” almost acts precursor to the haunting piano piece, “The Hangar,” (band member Keith O’Dell at the forefront for both lap steel and keys), a strange contrast of styles opening the album’s grand closer, “Clouds.” You can hear the ghostly sensitivity of post-rock mainstays Explosions In The Sky and Mogwai and the layered key and brass experiments Menomena typically dish out, combined of course with ESO’s want of riffs and rhythmic shifts.

Dark Matters is a two-song EP that ESO put out as a free download. Beginning with “New Breed Of Skank,” muddy bass notes from bassist Patrick Pearsall tread the declarative statements of Jacobs’ saxophone and Thomas’ chords. Dub Trio pursuits of rhythm and dub-informed constructs offer the piece a ton of momentum as ESO work with unifying variance of tone and speed into one fully formed musical idea. While I won’t say “New Breed Of Skank” outdoes a good amount of the LP, Dark Matters has a more rugged and loose approach that, next to the more refined “Brainjar” or “Exit Strategy,” brings a more “live” sound to the music. It’s as if Dark Matters had been recorded in a hall as opposed to a studio and the notion that this EP might possibly provide a closer translation of the band from the perspective of live performance makes ESO all the more authentic. The album’s 9-something minute “Sad Panda,” (which is apparently a reconsidered version of a song from the band’s Big Bang album, “Pandiamon”) generates that sort of endless quality of sound with its bass line cutting deep into infinity as instruments drift and wallow. They also conjure enough drone to maybe acknowledge SunnO))) as an influence even if, at their most exploratory, ESO eventually come back to the riffs, grinding to a percussive and colossal halt and making you wish you were there to see this all come to fruition in a live setting.