What I Heard This Morning: Ital & Touch People 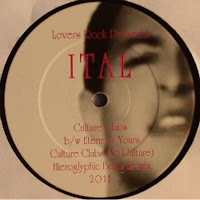 So, Daniel Martin-McCormick (Mi Ami) and Darren Keen (The Show Is The Rainbow), both of whom I've interviewed, are wrapped up in circuits, wires and plugs, generating electro-based side projects.

Martin-McCormick, even before he converted Mi Ami from avant-garde noise rock to an electronic translation, worked in this medium as Sex Worker, so Ital shouldn't be that much of a stretch, though Ital seems to be a more enhanced and involved project.  Martin-McCormick released a three-song Ital album earlier this year via his own Lovers Rock label, Culture Clubs.

Altered Zones recently posted a live set, which isn't a bad listen, and a video of the track, "Only for Tonight (Dubout/Saviour's Love Megamix)."


ITAL - ONLY FOR TONIGHT (Dubout/Saviour's Love Megamix) from 100% Silk on Vimeo. 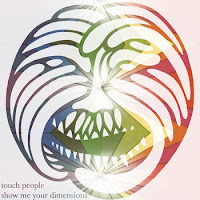 When I met Darren Keen, he was touring as The Show Is The Rainbow with Beep Beep, supporting his then-new LP, Wet Fist.  I got to see him perform his set, his self-assembled music played through a laptop while he sang, writhed and enthusiastically unsettled the venue's attendees.  His new project, Touch People, is fully described via PMA PR and you can check out his new single, "Depth Of Width (Part 1)."

LP AND EP COMING IN OCTOBER VIA ILLEGAL ART

Touch People is the newest musical project from Lincoln, Nebraska's Darren Keen and the latest addition to the Illegal Art roster (Girl Talk, Junk Culture). Until recently most of Keen's efforts were focused on his project The Show Is The Rainbow, which has released four albums of underground eclecticism, mixing elements of rock, electronic, and hip-hop into a totally over-the-top spectacle. While the outlandish personality behind Touch People is the same, Keen has reinvented himself with a new sonic concept and name.

As Touch People, Keen records guitars, drums, bass, and keyboards, and then assembles his compositions via experimental/modern production that is both visceral and cerebral. The resulting sound bears resemblance to artists such as Steve Reich, Battles, Dan Deacon, and Tortoise. With this digital-yet-human approach, Touch People poses the question: "Do people even want to be touched anymore?" As technology grows, Keen sees a disheartening trend, where people "stay connected" without connecting at all.

Dive in and sample the goods with "Depth Of Width (Part 1)", one of several tracks that make up the A side of Touch People's forthcoming sophomore LP Show Me Your Dimensions. This song kicks off the record, blending rhythmic layers of bells and quasi-solfege style vocals, introducing the melody that will later become the biggest synth bass drop on the album (Part 3).

Illegal Art will release not one but two new recordings from Touch People on October 25th. Show Me Your Dimensions will be issued as a limited edition vinyl LP and represents the full Touch People experience as two compositions are spread over a series of tracks (one composition on each side) that iterate intense variations on melodic and song-based themes. In contrast, Sound Expression is being released on CD-EP and represents a slightly more hook-laden and vocal approach to the Touch People sound.

Keen recently married and in May 2011 embarked on his "Honeymoon Tour" with his wife as his touring manager. The tour will last 10-14 months and already has legs scheduled in North America, Europe, Australia and New Zealand (where Keen will release some singles on the legendary Flying Nun records). Having sold their home, the newlyweds are touring around the world for each of his currently active projects (Touch People, The Show Is The Rainbow, and Bad Speler), and with all three one-man bands also releasing new material this year Darren Keen could easily be the hardest working musician alive.

Review:
The Show Is The Rainbow — Wet Fist

Interview:
Darren Keen (The Show Is The Rainbow)