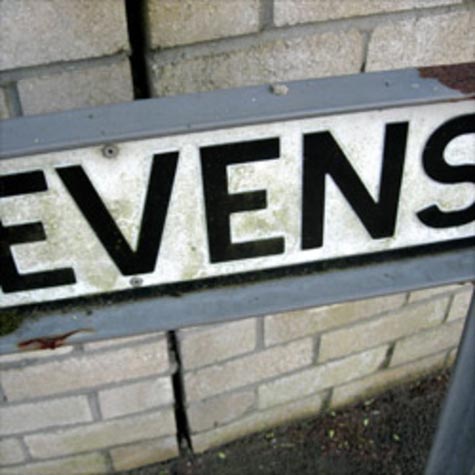 After five years of silence, Ian MacKaye and Amy Farina’s two-person post-hardcore folk band, The Evens, release a two-song single, “Warble Factor” b/w “Timothy Wright.” Anyone familiar with The Evens’ self-titled debut and their excellent follow-up, Get Evens, will know what to expect from the band in terms of tempo, sound and melody. Though there are no surprises, The Evens have an approach to their dynamic that is engaging despite its simplicity and commanding of attention even if the band’s volume never exceeds the capability of acoustic instrumentation. “Warble Factor” begins with a great riff. MacKaye knows how to draw in a listener. Once Farina is activated, the hook is set. She has great presence both as a drummer and vocalist and arguably she could be considered the band’s winning factor. MacKaye doesn’t falter or shrink into any background, his presence better felt in the following “Timothy Wright.”

It’s a strong 7,” but it’s two songs after five years. Consider it an appetizer that will hopefully be followed up by something a little more substantial very soon.