- December 07, 2011
News today came of UFOMAMMUT's completion of their new upcoming album, Oro, which should be a monster.  Details below from Earsplit PR. 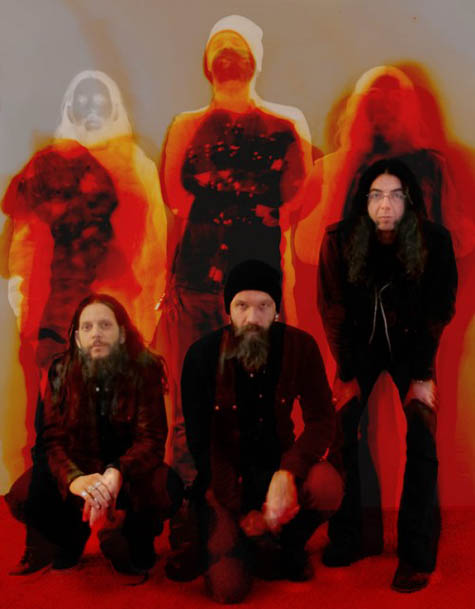 UFOMAMMUT's last album, Eve, was reviewed for Stereokiller.  You can find that review here.

UFOMAMMUT, Northern Italy's sorcerers of supernatural and obliterating doom, have completed the recordings for their sixth full-length, and first as part of the Neurot Recordings family. This week we are beyond excited to announce the details of this highly anticipated, mammoth follow-up to their 2010 full-length Eve, the band's most critically-acclaimed and devastating piece of magic to date... until now.

Oro is the title for UFOMAMMUT's latest work, divided into ten massive movements overall which is now confirmed to be delivered in two separate pieces during the coming year. The first chapter, Opus Primum, will see arrival in April, and the second, Opus Alter, in September. The vinyl versions of both chapters will be handled directly by UFOMAMMUT's own label Supernatural Cat Records, who were responsible for the release of all of the band's previous material. This is the third album in a row the band recorded with Lorenzo Stecconi.

As with all previous UFOMAMMUT albums, the concepts behind Oro are expansive and multi-faceted, mutating the Italian palindrome which translates to "gold" with the Latin translation of "I prey." Oro explores the concept of knowledge and its power; the magical stream controlled by the human mind to gain control of every single particle of the World surrounding us. Oro is the alchemical process to transform the human fears into pure essence; into Gold. Although Oro's two chapters will be released months apart from each other, they must be considered as a single track in which the musical themes and the sounds show up and hide, mutating and evolving, progressively and increasingly stratifying culminating in the crushing final movement. Oro is like an alchemic laboratory in which substances are flowing, dividing and blending themselves in ten increments from the alembics and stills, culminating into the creation of Gold. The band are also in the process of crafting a full video/visual version of Oro which will accompany the audio.

Since their inception in 1999, UFOMAMMUT has toured several times, and crossed the oceans to the United States for the first time in 2009 for a tour of the West Coast. They've performed at renowned, international music festivals including Roadburn, Hellfest, Ieper, Stoned from the Underground, Asymmetry, sharing the stage with Neurosis, Down, Amen Ra, Baroness, Sons Of Otis, Motorpsycho and endless more along the way. The band's live show is supported by the internationally acclaimed video and graphic art of Malleus, a rock artists’ collective who conjure the entirety of UFOMAMMUT’s visual impact.