Corrosion Of Conformity: The Doom/Time Of Trials

- January 12, 2012
If you're not already aware, Corrosion Of Conformity's Animosity line-up, which haven't recorded together in over ten years, are reunited and releasing a new self-titled album February 14th via Candlelight Records.  Two new songs have surfaced online, so check out the links.  All info comes courtesy of Earsplit PR. 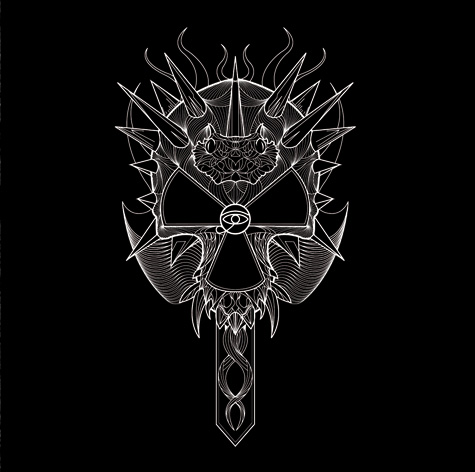 Candlelight Records, together with partners Decibel Magazine and Pitchfork Media, today premiere songs from the forthcoming new album from CORROSION OF CONFORMITY. Produced by John Custer, the self-titled album is the first new recording from the North Carolina-based band in six years and is the first to feature material written by the esteemed Animosity trio in over a decade.

Available now for listening, Decibel Magazine is streaming “The Doom” while Pitchfork Media is streaming the album’s closer “Time Of Trials.” Each song showcases the band’s unique sound and continued commitment to diversity. Guitarist Woody Weatherman says, “…too much pork for just one fork,” when discussing the unusual two-song launch. “I like the idea of having two tunes premiering at the same time,” he continues. Vocalist/bassist Mike Dean notes, “I slipped in a rough form of ‘The Doom’ on Full Metal Jackie's radio program back in early November. This is now the official premiere in its finished form. And with Pitchfork playing ‘Time Of Trials,’ we are excited and await fan reactions."

Listen to “The Doom” HERE.

Listen to “Time Of Trials” HERE.

England’s Metal Hammer, in celebration of today’s premieres, launched a special CORROSION OF CONFORMITY video via their online television channel that includes both songs and a pictorial of the band with information about the forthcoming album. Check it out at THIS LOCATION.

The 11-song self-titled album is the result of a year of non-stop work by the band which includes their most recent East Coast run of dates with friends Clutch and filming of a new video this past weekend. Weatherman confirms, “The video is for the song ‘The Money Changers’ and all I can say is bankers, cops, and even Jesus himself makes an appearance.” Filmmakers Bradley Scott and Charles Cardello (Bifocal Pictures) were, “very taken with the location, in particular the hallways at our rehearsal space which have accumulated about 25 years of graffiti making everything look like a dark crack den,” recalls Dean. “As coincidence would have it, the repainting of the interior was scheduled for the very days we scheduled to shoot,” Dean says. “That was cool, as the ‘urban’ look of aerosol art is a bit overplayed at this point.”

CORROSION OF CONFORMITY has already launched exclusive, pre-order bundles that include limited band-direct items plus the deluxe digipak version of the record (featuring extended packaging and two additional songs) and the American vinyl pressing. To celebrate today’s premieres, Candlelight has launched via the official label webstore each of the four planned formats for the record plus a webstore exclusive. Click HERE to order

CORROSION OF CONFORMITY will perform next at The Orange Peel in Asheville, North Carolina before heading out on their recently announced headline tour beginning March 1. The band plans a set that will include many of the new album’s choice cuts as well selections from their earlier albums. “‘Your Tomorrow,’ ‘Rat City,’ and ‘The Doom’ all got great response while we were out with Clutch for a brief wintery outing,” says Dean. “The new songs are noggin’ nodders and seemed to fit in very well with our older classics,” adds Weatherman. “Folks were having a good time which is what it is all about,” he confirms.

Corrosion Of Conformity will be released via Candlelight Records on February 14 in North America; a day earlier for Europe. Confirmed dates on the band’s upcoming North American tour with Torche, Valient Thorr, A Storm Of Light are below.