- February 10, 2012
Black Breath's new album, Sentenced To Life, will be out later this March.  A new single, "Mother Abyss," is streaming at Revolver Magazine.  Do yourself a favor, give it a listen and try not to break your neck. 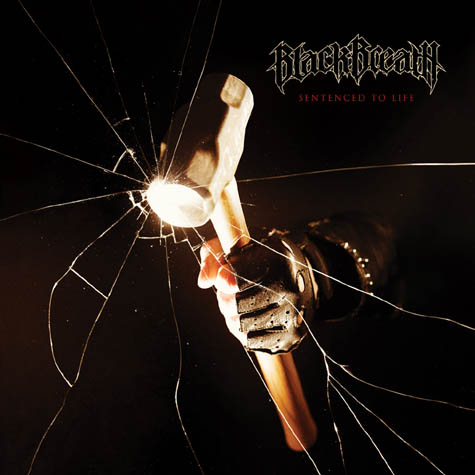 With 10 tracks in under 33 minutes, Sentenced To Life contains the most demoralizing yet energizing d-beat injected death metal hymns from the band to date, with a bit less rock and roll swagger and more full-on rage. The album is a product of furious creativity jammed into a short span of time, written in the seemingly endless Winter after returning from their November 2010 European tour. As with their acclaimed debut full-length Heavy Breathing, BLACK BREATH recorded at God City Studios with Kurt Ballou, and had the finished product mastered by Alan Douches at West West Side.

Today Revolver Magazine is debuting the first public listen to Sentenced To Life, as well as the cover art for the album. Check out the unhinged sixth track, "Mother Abyss," and more RIGHT HERE!

Sentenced To Life Track Listing:
1. Feast of the Damned
2. Sentenced to Life
3. Forced Into Possession
4. Home of the Grave
5. Endless Corpse
6. Mother Abyss
7. Of Flesh
8. Doomed
9.The Flame
10. Obey