- February 21, 2012
Corrosion Of Conformity's new self-titled LP is now streaming online, so...  If you can't wait to hear it, you know what to do.  All links, tour dates and info are courtesy of Earsplit PR.

A review of the album will be featured on Stereokiller in the coming week or so. 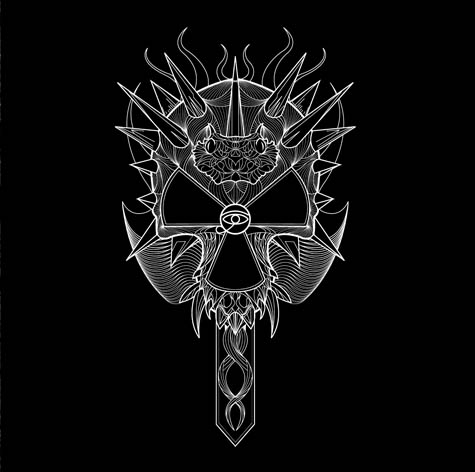 Starting today, AOL Spinner is streaming CORROSION OF CONFORMITY's self-titled new studio offering in its entirety. Set for North American release on February 28, 2012 via Candlelight Records, Corrosion Of Conformity was recorded at Dave Grohl’s Studio 606 in Los Angeles, the 11-track offering was produced by the band in cooperation with long-time collaborator John Custer, mixed by John Lousteau (Foo Fighters) and features artwork by Seldon Hunt (Melvins, High On Fire). Featuring the esteemed Animosity line-up of vocalist/bassist Mike Dean, guitarist Woody Weatherman, and drummer/vocalist Reed Mullin, the album’s release closes a six year recording gap and completes over a year of concentrated writing and recording for the band.

To hear the record, go to THIS LOCATION.

In conjunction with the record release, the Raleigh, North Carolina legends will embark on a full U.S. headlining tour this March. Set to commence on March 1 at the Gramercy Theatre in New York City, the trek will hit 16 cities including two performances at this year’s SXSW Music Conference in Austin. The band will be joined by Torche, Valient Thorr and A Storm Of Light unless otherwise noted..

For Corrosion Of Conformity pre-order options, point your browser HERE.

“While mastery isn’t unusual in metal, Corrosion Of Conformity is fully baked enough to make us wish another 29 years on these fuckers.” -- Decibel

“C.O.C. weren’t following any trends. They just incorporated all the things they liked about thrash, punk and ‘70s metal originators Black Sabbath into their constantly evolving sound. It secured them artistic and commercial credibility.” — Allmusic.com

"Corrosion of Conformity not only brings back one of heavy rock’s most seminal and defining bands, but it pushes that band into new ground it’s never yet known. The achievement is substantial, the performances crisp, the production clear but organic, but sure enough, these elements and the varied aesthetic of the band come together to create something wholly stronger than its parts." -- The Obelisk