What I Heard This Morning: Black Marble

- February 27, 2012
Gothic-based minimalism is what you’ll hear with Black Marble, dark synths and vocals meant to haunt. A new video for the band’s single, “Backward,” has just surfaced, which inexplicably shows topless ladies wielding axes and stabbing waterbeds. Not suitable for the cubicle.

An MP3 of the track “Pretender” is also available if you can’t look at surrealistically charged tits at work. 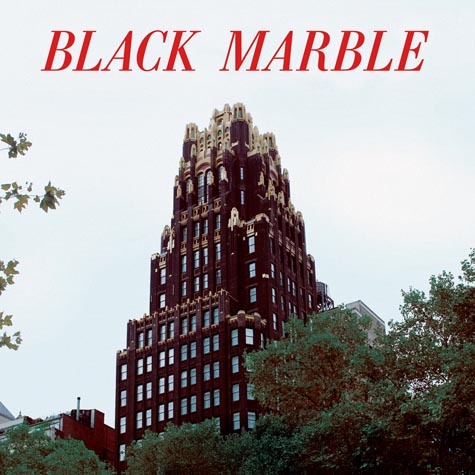 Black Marble's Weight Against the Door EP is defined by a cold, diamond-cut precision and a seedy, noirish kind of glamour. Director Timothy Fiore's new NSFW video for standout track "Backwards"--shot in sumptuous black and white--ably captures the band's dark allure. The clip premiered on Pitchfork this morning, and you can view it here.

Additionally, the band recently announced two forthcoming shows, which New Yorkers are encouraged not to miss: on March 9th, they open for TRUST at Glasslands (and officially celebrate the release of their debut EP), and on May 3rd, they'll perform with Shannon Funchess and Bruno Coviello's Light Asylum at Le Poisson Rouge.

Black Marble's stark, alienating textures cloister a vaguely hopeful intensity, like a lone and distant rhythm echoing from the hull of a lost deep sea vessel. Reminiscent of early DIY synth recordings, which pitted emotional undercurrents against wan dystopian landscapes, Black Marble’s sound struggles to squeeze blood from monolithic concrete. Collaborators Ty Kube and Chris Stewart take their inspiration from a disparate group of past musicians who dared to mix punk ethics with cold electronics, resulting in an enigmatic, handmade style that recalls the isolated-but-uplifting feel of early European minimal and coldwave music. Triumphantly bleak but undeniably infectious, Black Marble's debut EP Weight Against the Door arrives, appropriately, at the height of winter.

"These two gents are about to get big with their bleak, minimal, arresting music." -- Mishka NYC

"It's being released on Valentine's Day, presumably for all the people who will be sitting alone in a room with the lights off." -- The Stranger