What I Heard This Morning: K-Holes

- February 12, 2012
Ex-members of Golden Triangle and Black Lips have formed K-Holes, which takes the punk-infused garage art thang and comes up with something a little more snarling and severe.  K-Holes is more of a loud, fringe band down to the saxophone, adding a little James White to a better-performed Teenage Jesus.

Just as the promise of Spring begins to cast everything in a soft-focus haze, something sinister struts in to keep things dark and depraved. K-Holes have returned with Dismania, their second full-length record and first for Hardly Art. Dismania comes packed with the same kind of menacing, feverish skronk the New York quintet (which features former members of Golden Triangle and the Black Lips) patented on their 2011 self-titled debut. The first hit is always free: "Rats"--a track that capably evokes the filth and fearsomeness of big-city living--can be downloaded at the link above. Dismania is due out May 1st on CD, vinyl LP, and digital formats, and the band has a grip of upcoming East Coast/Midwest tour dates (including a handful of as-yet-to-be announced SXSW performances), details for which can be found below. 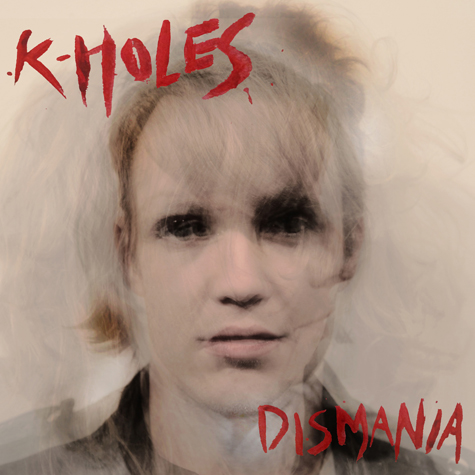