- April 19, 2012
Exray's, the electronic-based indie pop duo comprised of Jon Bernson and Michael Falsetto-Mapp, is a dreamy, gaze-oriented outfit, crafting the sort of music that rides on a pulse and orbits any headspace with minimal friction. "Ancient Thing," the new single from their upcoming LP, Trust A Robot, isn't necessarily the sort of song you'd want to advertise your album. It's low on energy, ponderous and slow, noir-based storytelling with barely a melody to latch onto.
Still, I thought Exray's last album had some interesting moments and I definitely listened to it more than once.  The band was spotlighted in 2010.  Trust A Robot will be out June 26th via Howells Transmitter.

All links and info come courtesy of Terrorbird Media.

WATCH: "You Can Trust a Robot" video via Echolocale / via Vimeo 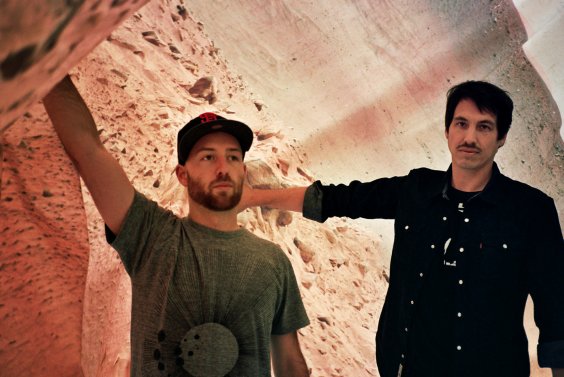 Jon Bernson and Michael Falsetto-Mapp specialize in lo-fi electronic pop made from gritty beats, voice mail vocals and timeless melodies. Trust a Robot, set for release June 26th on Howells Transmitter, reveals the Exray's obsession with the dystopian visions of Philip K. Dick, Syd Mead, William Burroughs and James Blaylock. The band is coalescing a growing electronic pop movement in San Francisco that taps into the beatmaking world, underground dance music, inventive songwriting and a fascination with the future. This is evident on the first single from the new album "Ancient Thing," available now for free download and stream. Additionally, a live video for the song "You Can Trust a Robot" recently hit Echolocale, and was filmed in a large, icy, industrial warehouse studio that's fitting for the song's apocolyptic scenario.

Since the release of their first record, Exray's has performed with a long list of likeminded innovators: Toro Y Moi, tUnE-yArDs, The Soft Moon, Nite Jewel, Cloud Nothings, Thao Nguyen, Matthew Dear, Adventure, Dosh, Braids, Tim Cohen, The Sandwitches, John Vanderslice, Weekend and Pictureplane. The band released their debut EP Ammunition Teeth in October of 2010, the same month that David Fincher's blockbuster The Social Network featured Exray's song 'Hesitation' alongside an Academy Award winning score by Trent Reznor. In February 2011 Exray's released their first self-titled LP and a series of videos, which received attention from the likes of Pitchfork, Altered Zones, Spin, Prefix, MOKB, The Bay Bridged, and more.
Guests on the new album include Heidi Alexander (The Sandwitches), Nate Query and Chris Funk (The Decemberists), Jean Yaste (Future Twin), and more. Remixes from Devonwho (All City) and Shigeto (Ghostly International) are confirmed, and Exray's will be hitting the road for a west coast tour in June. 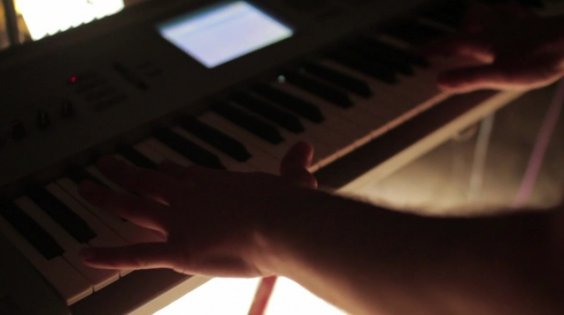 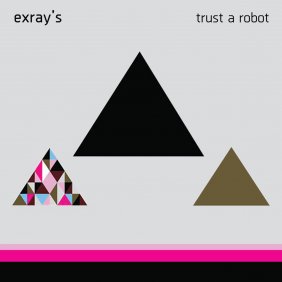 Exray's - Trust a Robot
Out June 26th on Howells Transmitter