- April 11, 2012
Two new songs from A Place To Bury Strangers and Ceremony are being issued on a split 7" series for Less Artist More Condos, proceeds for which are being donated to a charity on behalf of the late Ariel Panero, co-owner of the record label, Famous Class.  The series will span a planned six releases this year.

Links, songs and info are provided by Terrorbird Media.

In loving memory of their dear friend and label partner, the late Ariel Panero, the Brooklyn-based label Famous Class releases the first volume of their upcoming LAMC split 7" series today. The series gets its name from the epic Less Artists More Condos concerts that Ariel threw, showcasing amazing bands in some strange and unique venues. Ariel’s driving force was a desire to get the bands he believed in the recognition he felt they deserved. This series simply tries to honor that idea.

For each LAMC split 7” Famous Class asked one of their favorite bands to provide them with an unreleased track for the A-side. They were then asked to pick their favorite emerging artist to provide a track for the B-side. Like how Ariel’s LAMC shows introduced New Yorkers to bands they might not have otherwise discovered – Famous Class hope that this series will do the same.

On the first 7" in the series, A Place to Bury Strangers invited Ceremony. The APTBS track sounds like nothing else the band has done before getting into some very dreamy and poppy territory (a la New Order), while the flipside from Ceremony delivers the darkness with layers of guitar squall and rhythmic drive. The tracks are now available for purchase on the FAMOUS CLASS bandcamp page with 100% of the proceeds going to the Ariel Panero Memorial Fund at VH1 Save the Music.

There are six of these bad boys coming before the end of the year and the acts participating are going to be crazy. The next one drops this July from Future Islands and Ed Schrader's Music Beat. 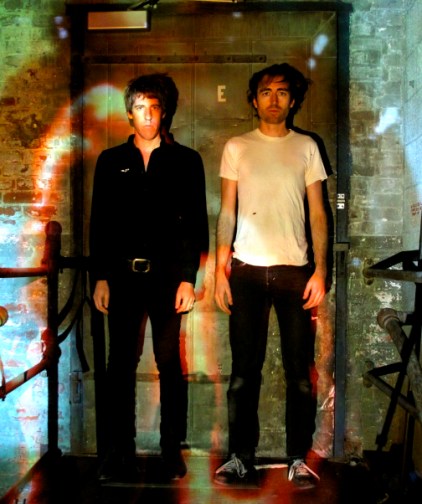 A PLACE TO BURY STRANGERS
Noise is like death; they are both prone to speculations about what may or may not be there, falsely perceived or deceptively real. They require a free fall of faith. In noise, you may choose to land lovingly on melody or you may stay lost in the technicolor grey sheets of teeth-on-glass distortion. If purgatory were an airport, Oliver would be the voice echoing through the abandoned terminals leading you to your departure, the sky above the runway filled with jets like a swarm of metallic locust. And that bass has got you feeling like riding a torpedo into Atlantis. It's enough to make the kids in back overtake security and rip up the front row seats and throw them into a bonfire because nobody can sit down to this shit anyway. This isn't the music to pick up the pieces, it's about calling bad luck bullshit and shattering that mirror into more pieces than there are empty coke bags in Brooklyn. It's safer than chemicals but it gives you the same high. It's a one sided argument; a thousand turbines aimed at a million megaphones in the bottom of the Grand Canyon aimed at your neighbor's window. Running lawnmowers dropped into a pool full of aluminum cans. A hail of light bulbs on a tin roof. This is infinite night, a dragstrip of mirrors, speed without end, amen. 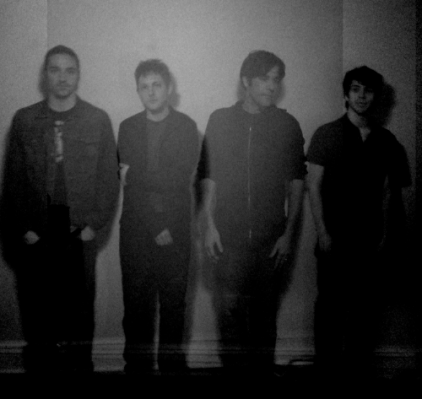 CEREMONY
Ceremony formed in 2004 from the ashes of the highly revered indie/shoegaze band Skywave. With multiple critically acclaimed releases, Ceremony have been taking their mix of classic pop songwriting and extreme guitar sounds into newer and ever-darker areas, as featured on "Disappear" (2007), "Rocket Fire" (2010), the "Not Tonight" EP (2011), and the forthcoming EP "Red Eyes". In concert, Ceremony's immediate, driving rhythm section, and super-charged guitar assault make them a band that must be seen and heard to be believed. The overwhelming power of their live shows leaves a mark on every person who loves the volume and ferocity of a beautiful, overdriven guitar storm