What I Heard This Morning: San Gabriel

- April 30, 2012
Producer Butchy Fuego's San Gabriel project spawned "Can't Work," which is maddeningly repetitive and also strangely captivating, is a single from his new EP, VOLFE.  The EP will be out in May.  The remix, though, created by Eye of Boredoms fame, acts as an intersection for electro-beat convergence and relentlessly positioned pulsations, which is working to either mock club music or intellectualize it like Free Jazz.  Not an easy 4 minutes and 41 seconds to sit through, but it's what you expect from a Boredoms-related project, Fuego himself a touring member of the very seminal and highly revered noise collective. 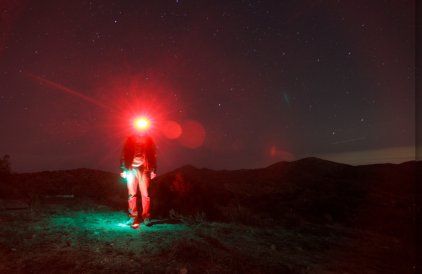 LISTEN: Can't Work + EYE (of Boredoms) remix
(via The FADER)

San Gabriel is the new forward-thinking beat project from the multi-instrumentalist/producer Butchy Fuego. His upcoming album VOLFE is full of warped and pulsing pan-global club music; a signature marriage of tropical riddims, dubbed out soundscapes, and modern R&B minimalism. Striking the perfect balance of booming bass and tricky rhythms, VOLFE makes for some serious sideways heat.

Minimal in their framework yet vibrant in detail, San Gabriel tracks have their own recognizable style. Immediately remarkable is Fuego's sense of space. You can hear the meticulous attention given to every sound in every bar, parts of VOLFE may have you imagine it being made with the aid of a giant spliff sprinkled with the ashes of both La Monte Young and King Tubby. While many of the percussion samples may mimic the sounds of machinery, the programming is very far from mechanical with impeccable drumwork that only a seasoned drummer can pull off (note: Fuego also performs and is a touring member of the legendary Boredoms and was a founding member of now defunct Thrill Jockey band Pit Er Pat.)

From the first second of the fast, thumping opener "Club Mate" you know you're getting into something you haven't heard before with it's dizzying almost-fractured MPC work. The uptempo stuttering rhythms and twitchy high-hats meshed with dark spooky vibes on lean tracks like "Gore Text" and "Can't Work" sit nicely with the more spacious, sexy sounds of "Z Trail" and "Experimental Forest". An incredibly promising and unique debut, we're left eagerly awaiting what San Gabriel has in store for us in the near future.

Upon launching into another very busy year with Boredoms/Boadrum, Fuego will be touring Japan as San Gabriel between Boredoms dates and will be lending his drumming talents to the upcoming Congos performance in London this June. An in-demand drummer and producer Fuego's resume is stellar recently working with folks such as Nite Jewel, MIA, Rainbow Arabia, Julia Holter, Lucky Dragons, and many more.

San Gabriel - VOLFE EP
out May 22nd digital, June 26th on vinyl on Time No Place 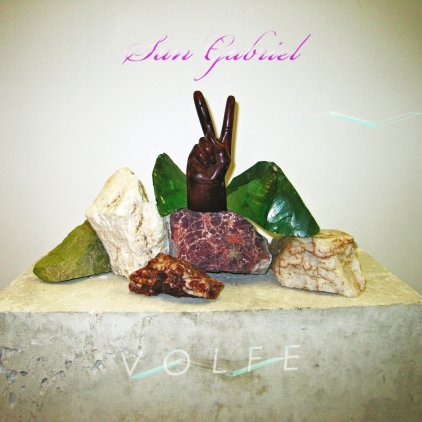 Sincerely,
Letters From A Tapehead
boredoms electronic experimental remix what i heard this morning