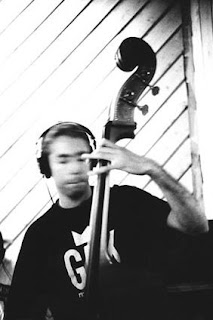 "Last night, I took a 14 hour flight to Sydney, Australia from LA, embarking on P.E.'s 80th tour in 25 years. I just landed to 65 texts with the news. Adam and the Boys put us on our first tour 25 years and 79 tours ago. They were essential to our beginning, middle and today. Adam especially was unbelievable in our support from then `til now, even allowing me to induct them into the Rock and Roll Hall of Fame. I consider myself a strong man and my father says be prepared to lose many in your post-50 path of life. Still, I'm a bit teary-eyed leaving this plane. R.I.P. Adam aka MCA." — Chuck D

It's going to be difficult to imagine life without The Beastie Boys.

News of Adam "MCA" Yauch's passing wasn't the easiest to absorb on Friday afternoon, nor was the realization that the seemingly ever-present Beastie Boys had suddenly ceased to be.    HeI've felt compelled to listen to nothing but the Beastie Boys for days now, both for the sake of nostalgia and as a half-assed tribute.

Since I'd received the news on Friday, May 4th, I've been struggling to come up with the right words to type up in remembrance of Adam Yauch.  The Beastie Boys have been a part of my life all through high school and college, the soundtrack to more than a few good times with friends or daily commutes to work or school.  Their music wound up on more than a few mixtapes I'd made and found its way into more than a few conversations.  I remember listening to Licensed To Ill when I was maybe ten years old, both thoroughly amused by "Paul Revere" and eagerly anticipating the breakdown on "Hold It Now, Hit It."

In the 90s, Yauch, D and Ad Rock had gone through an awakening of sorts, which led to an overall denouncement of much of the hijinx and slander that had earned them the attention they'd received as a beer-swilling crew of white rappers from New York City that were scavenging for tail and filling up on White Castle.  One could call Yauch the George Harrison of the group, his involvement in Buddhism widening his perceptions to propagate a more spiritual and socially conscious way of thinking.  He'll be known as the guy that tried to help free Tibet.  He'll be remembered as Nathaniel Hornblower, the moniker he'd adopted once he began directing B-Boys videos.  He'll also be remembered as the guy that launched Oscilloscope Laboratories, the film company that released the independent drama Wendy and Lucy (Michelle Williams) and the recent documentaries, Dear Zachary, Beautiful Losers and Exit Through The Gift Shop.

Despite his professional life and his career, though, Yauch, to me, embodied much of what made the Beastie Boys such a fascinating group/band/collective.  As a teenager, myself coming from a world of skateboarding, punk rock and art, for me the Beastie Boys cultivated a new standard in music appreciation and creation.  Style and substance; eclecticism.  I would say the hip-hop that spun from their turntables and the verses that spewed from their lips embraced not only their understanding of an urban culture that they would ultimately help pioneer, but expanded it to incorporate more than just beats and rhymes, not just because of their race, but because they were obviously arriving to the party with their own background, their own dialect and their own experiences.  The same could be said for Public Enemy, De La Soul and A Tribe Called Quest, but at that time in my life I could relate more to the B-Boys' standards, happy that well-sampled rap tracks had equal footing amongst jazz and funk instrumentals and punk-infused guitar tracks songs like "Looking Down The Barrel of a Gun," the Sly & The Family Stone cover, "Time For Livin'," "Stand Together" and even "Heart Attack Man."  Back then, the presence of instruments made a huge difference to me in my relatively narrow mindset, but albums like Paul's Boutique and Check Your Head helped me appreciate the craft of sampling the old to assemble the new.  They also helped me understand hip-hop as an evolutionary step in rock n' roll, one that took hardcore's DIY approach and sheer dismissal of musical ability as an opportunity to find new ways to make music, allowing ideas to speak as loudly as what had up to then been skillfully composed.

For those of us that had an attachment to the Beastie Boys, Yauch's passing is tragic enough without considering the trio is no more.  At 47, he went out way too early.