Simone White: "In the Water Where the City Ends"

LISTEN: Big Dreams and the Headlines
(via CMJ)

LISTEN: What The Devil Brings
(via SPIN)

WATCH: In The Water Where The City Ends
"The Los Angeles-based singer Simone White has a voice like ether. It's sweetly airy and hypnotic. Hearing it can pull you under to a strangely beautiful, glittering world where nothing seems real." - Robin Hilton, NPR
"gone are the whispered, acoustic-based numbers that her early output and in their place sits a set of lush, bedroom R&B backdrops just as engrossing" - David Bevan, SPIN
“not just a pretty voice but a mesmerizing intelligence” - MOJO
“already one of the really great American songwriters," Rolling Stone - Germany

LA-based songwriter Simone White has just released her latest masterpiece Silver Silver through London label Honest Jon's. It is her most ambitious, expansive release yet.

Working with Samuel Bing and Julian Wass of Fol Chen, White has delivered her most affecting, ambitious album yet. In contrast to her folk/country-tinged 2007 debut, I Am The Man, and 2009’s quiet offering, Yakiimo, Silver Silver has White’s soft voice framed by complex arrangements: There are pulsing, speaker-rattling bass tones, delicately layered vocal harmonies, and exquisitely lush washes of sound. It is also the singer’s most personal record to date: "A lot of stuff happened during the production. Two deaths, a breakup, fell in love."

On her previous two release she worked with Nashville producer Mark Nevers (Lambchop, Bonnie Prince Billy) for her first two albums, both of which were released on Damon Albarn’s Honest Jons label to much acclaim overseas. MOJO welcomed her as “not just a pretty voice but a mesmerizing intelligence”; NME described her songs as “rich in yearning, despair and very American symbolism”. WIth year of frequent touring abroad, took a break at to create Silver Silver.

With Bing and Wass of Fol Chen at the production helm, White comments “It was a very different way of working for me,” she says. “I didn't have many songs when we started so we began with a lot of messing around and improvisation. Samuel kept going away to tour, the recording got spread out. I'm used to writing on guitar, going in the studio and basically recording live with a band. This album grew organically in many directions and built slowly over time. It wasn't like we just took a bunch of my songs and added beats. I played on other instruments, wrote lyrics and melodies after the pieces had evolved. We chopped things up, put them back together, tried things so many different ways. There was an openness and curiosity in the studio which I’d never had with myself, let alone other musicians.”

The record features guest spots from Andrew Bird, Thao, and Victoria Williams (all musician friends White met through touring), and for the first time mixes songs with instrumental segues and textures—including an unrecognisably manipulated field recording of neighbourhood street sounds (listen hard and you might hear an ice cream truck). “There's space throughout, and time away from the words. It's what I like to hear in music now, less words, and a little time to consider what you're listening to.”

On Silver Silver, grand themes mix with tiny details: “After my friend died, I felt insanely present and alive in the mundane and every day for several weeks, almost a psychedelic high,” White says. “I felt like she was looking through my eyes and telling me every moment was precious. Your hand on the door knob, turning it, the door opens, you go outside, the trees are standing there, you feel the warmth of the sun.” Those feelings led White to write ‘Flowers In May,’ a sensual, bittersweet celebration of life that matches her delicate vocal to a knocking beat, washes of guitar and nocturnal-sounding glitches.

Fans of White’s work may already be aware of her unusual life story. Born in Hawaii to a light sculptor dad and folk singer mum, burlesque grandmother and pop-song writing aunt, White grew up moving across the US, her parents following the demands of a cult leader. Leaving home in her teens, White traveled, acted, took photos and made films, living in Seattle, Paris and London—finally finding her voice as a musician in New York City. She has since relocated in Echo Park, L.A., where she now lives in a “a wee bungalow with a vegetable garden.” 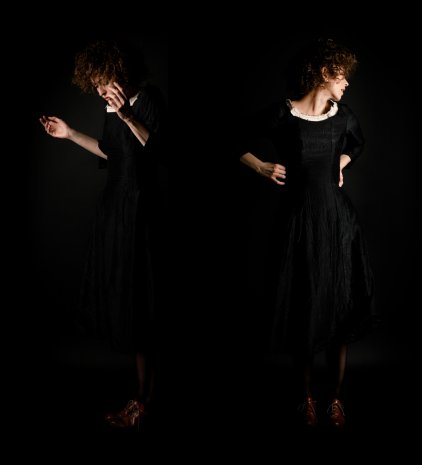 Simone White
Silver Silver
out May 8th on Honest Jon's 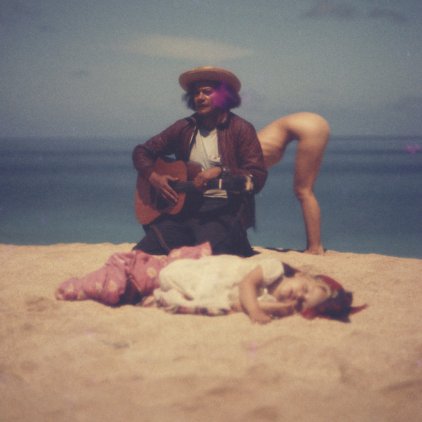