Aaron Freeman, better known as Gene Ween of the perpetually strange and very dynamic duo Ween, announced today at Rolling Stone that the band is no more.  Formed in 1984, both Gene and cohort Mickey Melchiondo, or Dean Ween, crafted some of the most deranged, trippy and ridiculous albums to ever gain an ear, venturing in a multitude of styles both brilliantly parodic and truly inventive. 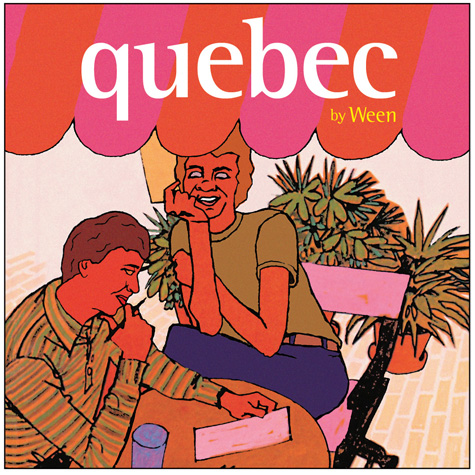 For years, thanks to what I still consider to be the atrocity that is "Push th' Little Daisies," (yeah, I still don't like that song), Ween was not on my radar.  Shortsighted on my part, because once The Mollusk and Quebec reached my ears, (thanks, Chris), I wanted to hear little else.  I know the album that critics readily point out is Chocolate and Cheese, which I enjoy very much, but I consider The Mollusk and Quebec two pinnacle albums from the band's canon.  Quebec, especially, is fascinatingly dark, the smooth jazz and Casio glaze of "Zoloft," the goofy paranoia of "So Many People in the Neighborhood," the acoustic jam of "Tried and True" and then the very adrift "Captain" ("Turn around and take me home").  From start to finish, as thorough as both Dean and Gene were at keeping their tongues embedded in their cheeks, there's an overwhelming sense of misery to the album I find engaging.  I do remember reading that Quebec was Gene's catharsis album, as he'd gotten divorced around the time recording commenced, so the Quebec's mood is understandable.

I reviewed their last album, La Cucaracha, in 2007.