- June 18, 2012
In 2005, I wrote one of my first online record reviews. At this point, I hadn't even begun Letters From A Tapehead and the notion of investing actual time into music criticism wasn't something I'd considered, but I felt compelled to throw together a lot of paragraphs in the hope that they would maybe attract some curious listeners. The album was Chaos and Creation in the Backyard by Paul McCartney. I'm sure the review wasn't that good, to be honest I don't really remember what I'd written, but after McCartney's slew of so-so albums and the so-so reception most of them received, I was moved by Chaos and Creation, which I felt to be revealing in a way that McCartney hadn't been for some time. 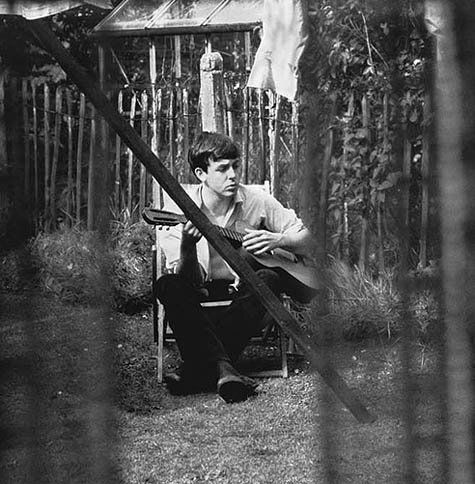 His unthreatening demeanor and boyish charm were instrumental in his being an affable public relations face for The Beatles and this ability to smile for the camera has carried into his subsequent project and pursuits, still a warm and welcoming face singing "Silly Love Songs" to either the public's delight or chagrin. He's always known what to say and how to say it. Even in the 1960s when he'd been asked whether or not he'd experimented with LSD, McCartney knew how to admit the truth and simultaneously put the ownership of what could've been damaging little factoid on the reporter who'd asked the question in the hopes of attaining something juicy for the papers.

Despite this, the man's work speaks for itself and has been the subject of countless books and reviews, interviews and documentaries. Is it even worth noting how essential McCartney's contributions to popular culture and rock n' roll really are at this point? It would seem like a waste of copy, as nothing I say now is going to sway people one way or the other about The Beatles or Paul McCartney. The man's a legend, whether you like it or not. And, while he's mostly viewed as the Mr. Milquetoast next to John Lennon, a man who was lucky enough to gain some attention from the Nixon administration in order to enhance the subversive persona that his music was unable to put across on its own, McCartney's solo output took more creative risks. His was not the straight music that Lennon claimed it to be, though he's made many mistakes.

On the other hand, between the both of them, they knew how to make each other shine. McCartney has always suffered from a lack of editing or creative advice, which factored heavily in the making of Chaos and Creation in the Backyard, Radiohead producer Nigel Godrich refusing to hold back his opinions while attempting to guide McCartney with his execution.

Anyway, my pointless rambling and fanboy digressions aside, my respect for the man is immeasurable and he inspired me to begin writing about music. He turned 70 years old today. Here's to another 70, Paul, though immortality is already yours.